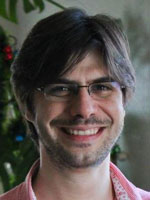 “Brazil has been known as a very entrepreneurial country, but for what we call necessity entrepreneurship. It means you have no other options, so you become an entrepreneur. This has been changing.”

Named chief operating officer of Start-Up Brasil last year, Felipe Matos is a digital entrepreneur himself. He built his first startup—a mobile app—at age 16. In 2002 he founded Instituto Inovação, one of Brazil’s first accelerators, providing funding and mentorship for startup entrepreneurs. Later, he helped create Criatec, Brazil’s largest seed capital fund. In 2011, he founded Startup Farm, an accelerator based in Campinas, São Paulo. Now he’s at the helm of Start-Up Brasil, a public-private partnership launched in November 2012 to fund technology-related startups. AS/COA Online spoke to Matos about Brazil’s evolving startup ecosystem, the keys to successful accelerators, and challenges for digital entrepreneurs in Brazil.

On April 11, Matos will speak at our Rio de Janeiro conference on innovation.
See the agenda and blog.

AS/COA Online: How has Brazil’s startup scene changed in the last few years?

Felipe Matos: The Brazil startup ecosystem has changed tremendously in the last three years. If you compare to 13 years ago, the ecosystem is really booming right now. If you look at accelerators, three years ago we had three operating in Brazil and now we have more than 30. So it’s been a dramatic increase in such a short time period.

In terms of entrepreneurial culture, Endeavor Brazil did a study recently that reported that at least 60 percent of university students in Brazil are willing to create their own business. This means a lot. Brazil has been known as a very entrepreneurial country, but for what we call “necessity entrepreneurship.” It means you have no other options, so you become an entrepreneur.

This has been changing in the last few years to what I call “opportunity entrepreneurship.” You see an opportunity and you decide to become an entrepreneur in order to pursue this opportunity and create a business. I would say also that this new Generation Y in Brazil—recent graduates entering the workforce—are more connected, not only with the work itself but with the purpose work has. They’re really connected with the impact that it has.

The Brazilian economy has changed a lot as well. In the last few years, we had an economic boost, and the middle class is growing dramatically, creating room for all kinds of goods and services that are targeted at this group. So this creates a lot of opportunities for entrepreneurs. Almost every consumer market in Brazil has opportunities. We have seen also lots of investment coming in, not only from Brazilian investors, but also from foreign investors, and lots of venture capital funds.

If you look at the movement of the economy, our interest rates are getting lower every month. This is making more money available for real investments in the market, rather than other economic assets or savings. I would say that these variables make Brazil one of the hottest places in the world to do business and to become an entrepreneur.

AS/COA Online: One of your newer projects was founding the accelerator Startup Farm. How many companies has it accelerated so far?

Matos: Startup Farm has existed for a year and a half now. We have accelerated 105 companies from six different cities all over Brazil. Our acceleration program is a bit different from traditional accelerators. It’s shorter: it’s a one month boot camp. We don’t take equity on the startups. It’s basically a paid program, and it has a lot of sponsors. It’s a mix of an accelerator and a school of entrepreneurship. We are more concerned about the entrepreneur and how to educate the entrepreneur than making great businesses. But despite that, we have accelerated 105 companies, and 21 of them have raised money for the next financial rounds amounting to a total of $10 million so far. And that’s actually the best result compared to any accelerator in Brazil right now.

Matos: At Start-Up Brasil, we want to foster the Brazilian ecosystem for startups. In order to do so, we’re going to fund 100 startups for the next 18 months. The idea is a bit different from what the government has been doing so far. It has had a few programs that have funded companies, but with a lack of support in following what these companies are doing.

With Start-Up Brasil, we have partnered with nine private accelerators all over the country and we are giving money to startups, but we are also doing an acceleration program for them with education, networking, and extra funding in addition to that of the government. This changes everything, because the startups are going to have access to a wide variety of content, private investors, connections, and learning. This is what really makes the difference: how you use the money, rather than just having some money in order to start.

We also want to attract international startups to Brazil, and international brains to bring new knowledge in order to exchange this knowledge and foster learning for our startups. And of course, we want to generate new, successful businesses, jobs, and economic growth for the country.

AS/COA Online: Which countries has Start-up Brasil looked to as models?

Matos: We studied several models from all over the world in order to create our own model at Start-Up Brasil. Of course there’s the obvious successful ecosystem like Silicon Valley in the United States, but we’ve also looked at the Chilean model, the Korean model, the Israeli model, and a few others. We’ve tried to learn a lot from the experiences in these countries, and tried to use the learning that they achieved, the mistakes they made. This is not just adapting what other countries have done in Brazil, but to also create our own model that is adapted to how the Brazilian market and the Brazilian culture work.

Our internal market is growing a lot, so it’s a very different environment. It’s a much bigger country as well. We want to attract businesses that will stay here rather than just be here while the program lasts and then go away. So these are some key differences between our two programs. But we have learned a lot from Chile and with some other programs as well.

AS/COA Online: What are some of the challenges that startups face in Brazil?

Matos: It isn’t easy. There are the same challenges that any entrepreneur would have anywhere, plus some difficulties that we, the Brazilian government, must overcome. Bureaucracy and taxation are problems that we have. It takes too long to open a company in Brazil—at least two months usually. That’s a lot. Our taxation system is very complex and we have very high taxes. These are elements that make the life of an entrepreneur a bit harder, and these are challenges that we have to overcome as a country.