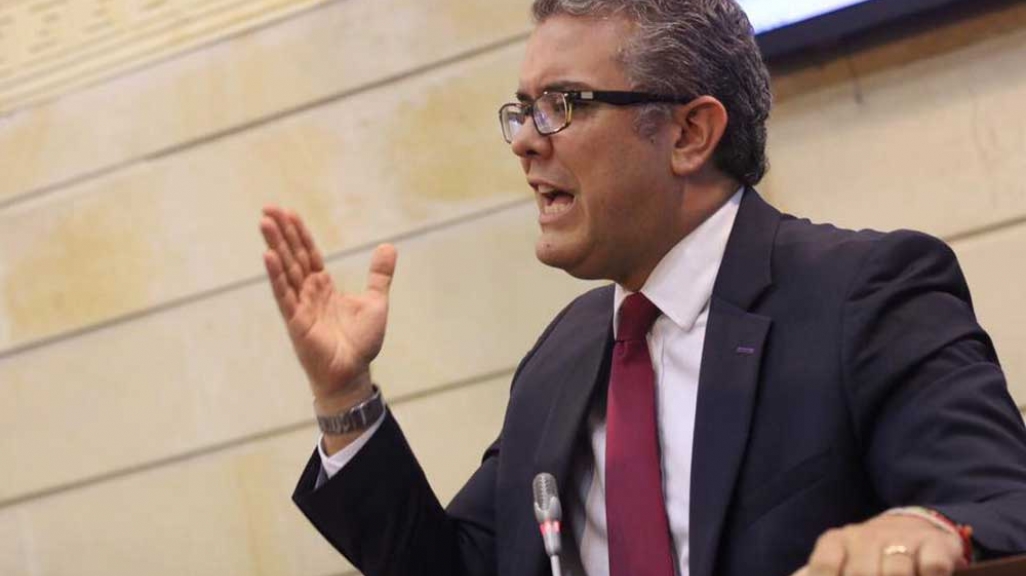 "I want to be the president that gets the Colombian economy growing above 7 percent," said the Democratic Center senator from Bogotá.

“If we don’t diversify, we’ll have big challenges.”

Colombia’s 2018 presidential race is just under 12 months away and Iván Duque of the Democratic Center party—headed by ex-President Álvaro Uribe—is one of the first to formally declare his candidacy amid a rapidly growing field. The 40-year-old senator from Bogotá spoke with AS/COA Online’s Holly K. Sonneland on the sidelines of our 2017 conference in the Colombian capital about what he sees as the biggest challenges facing the country today and what he’d hope his legacy would be as commander-in-chief.

Iván Duque: First of all, I think we’ve seen very bad growth since the beginning of the year—the worst growth performance since the crisis of 2009, which had global effects. So I think we should now try to work very hard to recover growth above 5 percent of GDP. We also need to get our economy to be more diversified. We’ve been an economy that has focused on commodities and, primarily, on oil, and if we don’t diversify, we’ll have big challenges in order to generate bigger growth and more employment.

So I think those two issues are the crucial ones economically. And obviously, the way we implement the peace accords with FARC is going to be determinant of what our future is going to be. It costs a lot and right now we don’t have the institutional capacity to make the execution viable.

AS/COA: You have officially entered Colombia’s 2018 presidential race. What would you prioritize in your first 100 days as president?

Duque: I’ve said that my focus will be on four elements. The first would be to boost economic recovery and obviously deregulate the economy so that we have more private investment. The second thing is how we’re going to generate formal jobs, which has to do with the type of economic performance and obviously the way that we diversify our economy. The third thing is going to be fighting corruption with very strong executive orders from the president, and that’d be in collaboration with the judiciary system. And the fourth element is a question of how we successfully implement the peace accords in order to make criminals respond before justice.

AS/COA: Looking at a much longer-term, what would you hope would be your legacy as president?

Duque: My legacy I think will be based on four elements. The first one is economic recovery. I want to be the president that gets the Colombian economy growing above 7 percent. The second thing: to have the most vibrant, formal job-generating government in Colombia’s history. The third thing is to bring innovation and entrepreneurship to the vast majority of regions of Colombia. And the fourth one will be to have a sustainability agenda so that our economic growth goes hand in hand with the preservation of our environment and biodiversity.

Duque: I have hard work before me.