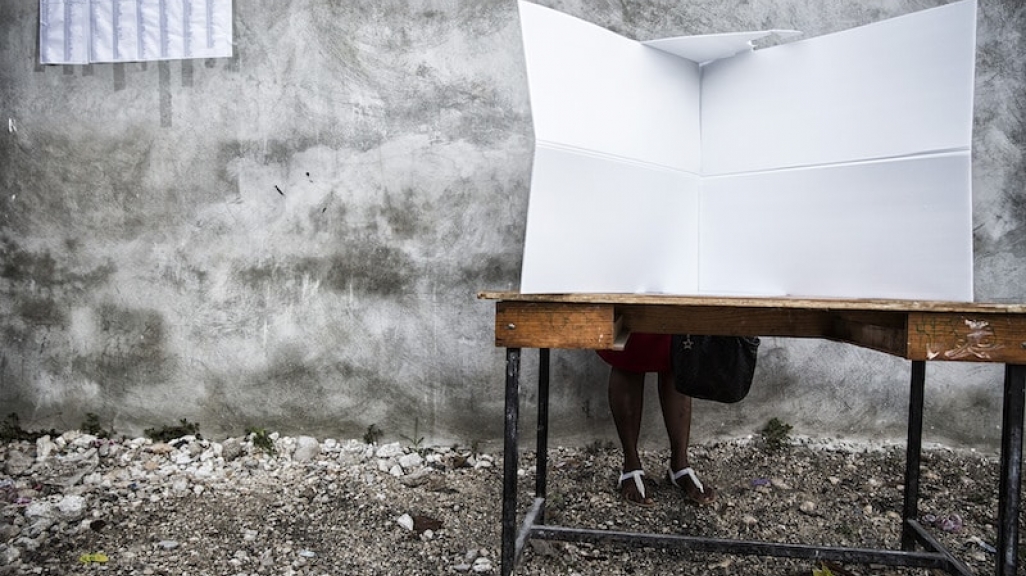 Hurricane Matthew delayed Haiti’s presidential vote for the fourth time. Is the country ready for the November 20 election?

Five days before Haiti was set to elect a president on October 9, Hurricane Matthew made landfall, devastating a country still recuperating from a 2010 earthquake, and intensifying the spread of cholera in its wake. The storm, which hit October 4, was the first Category 4 hurricane to hit Haiti since 1954. Matthew claimed the lives of more than 1,000 Haitians and delayed presidential elections for a fourth time. With the original October 2015 election results scrapped due to irregularities, a redo is scheduled for November 20.

The electoral delays have raised concerns over Haiti’s preparedness when it comes to casting ballots for a president and a third of the Senate. Voting will be more difficult with fewer poll centers. Matthew completely destroyed 25 voting centers, 16 of which were in schools. The Provisional Electoral Council (CEP) set a November 13 deadline for restoring 280 poll centers across the country, many of which are being used as shelters for displaced Haitians, along with clearing roads for another 161 other sites that are otherwise inaccessible. While it is unclear whether the government met their Sunday goal, the November 20 elections still seem to be on as the CEP released information on November 14 to help Haitians find out where to cast a ballot.

Many voters lost their identification cards as a result of the storm’s destruction, posing another issue for voter turnout. On November 11, the National Office of Identification (ONI) had to stop reprinting ID cards for the South, Southeast, Nippes, and Grand’Anse departments given a backlog in data processing. The ONI reports receiving a total 2,000 applications for reissued IDs for these four departments, home to 1.5 million registered voters. The CEP and the ONI are discussing other options for identifying voters on Election Day.

The UN reiterated its support for Haiti to carry out the November 20 vote and is trying to round up $120 million in aid for the country. So far, the international community has pledged $47 million, or 39 percent, of the UN’s goal. That’s a drop in the bucket in comparison to Matthew’s total damages, which interim President Jocelerme Privert estimates to be $2 billion. Among the most immediate concerns is food, given the Grand’Anse department, one of Haiti’s largest breadbaskets was virtually razed. The country needs $25 million to $30 million to restore thousands of acres of destroyed crops and fruit trees, Privert told the BBC.

Meanwhile, candidates have until November 18 to campaign, with the latest poll from before the hurricane giving Jovenel Moïse, of the formerly ruling Haitian Tèt Kale Party, the win. But if Moïse gets less than 50 percent of votes, he would have to compete in a runoff in December. On the other hand, earlier polls showed varying outcomes for the four highest polling candidates. In September a different pollster suggested formerly exiled Maryse Narcisse, of the Fanmi Lavalas party, would win to be Haiti’s first female president.