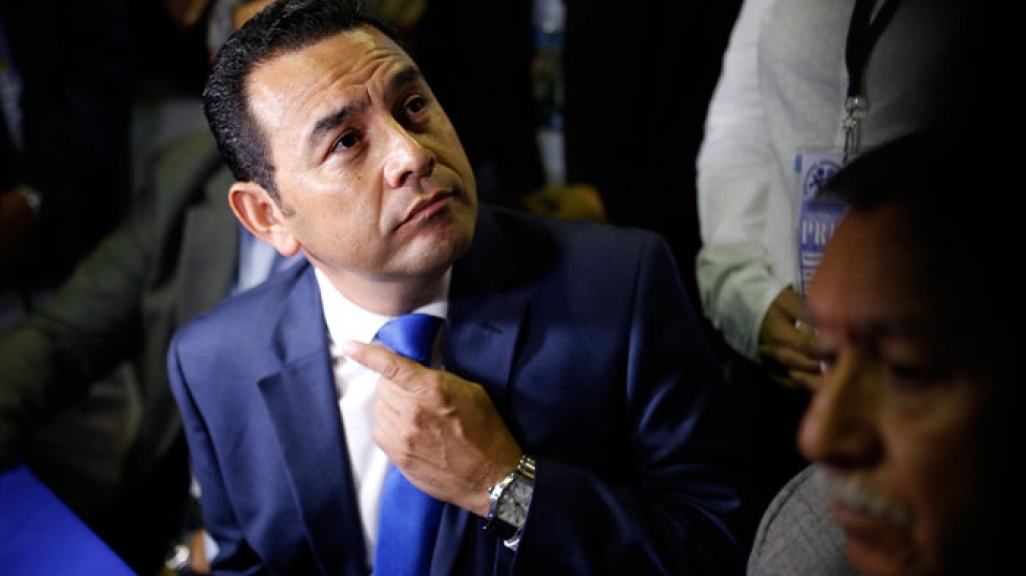 On September 6, a former comedian seen as a political outsider took the lion’s share of votes but failed to stave off a second round.

Updated September 10 — Did Manuel Baldizón see Jimmy Morales coming? Back in April, wealthy businessman Baldizón was polling 20 points ahead of his main rival, former First Lady Sandra Torres, in the race for Guatemala’s presidency. History was on his side, too; Baldizón came in second in the last election and, since 1986, every candidate who finished second in a presidential race went on to win the subsequent election. Meanwhile, former comedian and political newcomer Morales wasn’t even polling, given that he didn’t throw his hat into the ring until May.

Fast-forward to the days leading up to the September 6 election and Guatemala’s political scene had been turned upside down. President Otto Pérez Molina resigned after being stripped of immunity—a historic first in Guatemala—and in the face of an arrest warrant for his ties to a customs fraud scandal. Voters likely saw former legislator Baldizón as representing politics as usual and a Pérez Molina ally, given that several lawmakers from his Renewed Democratic Liberty (LIDER) party sought to block the congressional vote to strip the president of immunity by not showing up to participate.

Then a poll out on September 3 had Morales edging ahead of Baldizón for the first time. That survey proved correct: by late in the evening of Election Day, Morales emerged as the clear victor, although he fell well short of the votes needed to avoid a second round. What the poll failed to predict was the extraordinarily tight race between Baldizón and Torres over which one would take spot number two to face Morales in the October 25 runoff. As of the morning of September 10, with 99.07 percent of votes counted, Morales held 23.85 percent of the tally. Just over 5,500 votes separated Torres, at 19.75 percent, from Baldizón, who had 19.65 percent. Another 11 candidates in the race divided most of the rest of the vote, although none of them broke into double digits. On September 9, officials from Guatemala's electoral agency said voting went smoothly in general, but violence and ballot burning in some locations had delayed counts and the delivery of final results.

Morales benefited from voter discontent with the political establishment, showcased by ongoing protests dating back to April. Public discontent not only targeted Pérez Molina, whose vice president stepped down in May over the customs scandal, but also Baldizón. His slogan "Le toca" ("It's his turn") backfired on social media, sparking the trending hashtag #NoTeToca (#ItsNotYourTurn).

Morales’ slogan “Neither corrupt, nor a thief” demonstrated his campaign’s efforts to set him apart from politics as usual. On the other hand, critics suggest he’s short on clear proposals. Also, he allied himself with the National Convergence Front (best known as FCN-Nación), which was started by former members of the military linked to massacres during the country’s civil war. He did indicate in a September 7 press conference that he had no plans to form alliances with parties linked to corruption. Morales said that he supported another six years for the UN-backed International Commission against Impunity in Guatemala (best known as the CICIG), which played a leading role in the investigation of Pérez Molina.

Torres also has blemishes marking her political career. In 2011, she faced a constitutional ban that prevented close relatives of sitting presidents from running. She attempted and failed to get around the ban by divorcing her husband, then-President Álvaro Colom. Still, she represents the center-left National Union of Hope (or UNE), and, should she advance, some voters could reward her during the October 25 runoff for social programs passed during her ex-husband’s term. Given that she and Baldizón competed for similar blocs, such as rural votes, she could pick up some of his supporters. In a press conference on Monday, Torres rejected plans of a LIDER-UNE alliance.

Despite concerns of voter apathy stemming from corruption scandals, an estimated 70 percent of registered voters turned out to cast ballots. Just over 5 percent of voters submitted blank ballots and another 4 percent cast null, or voided, ones.