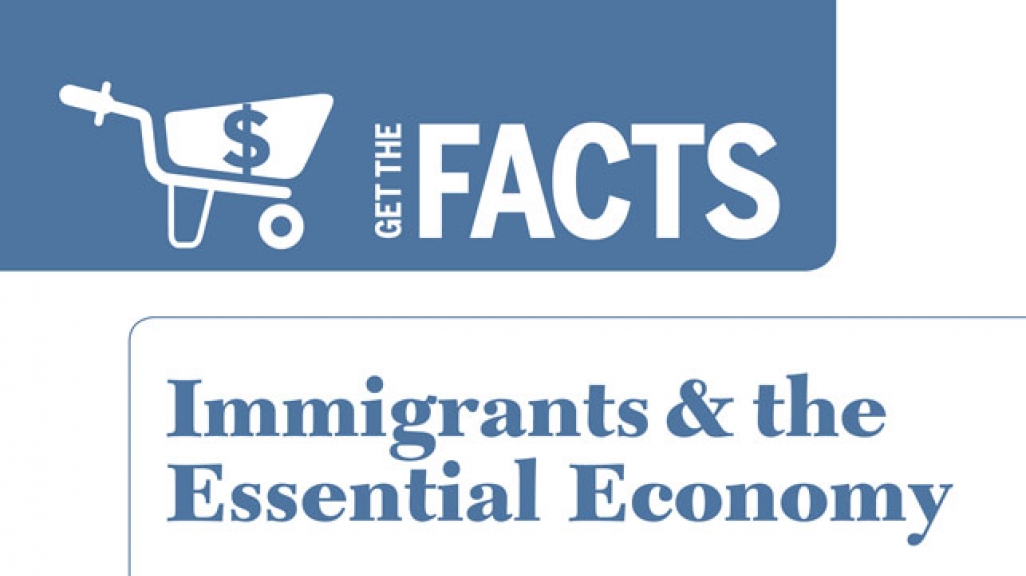 Get the Facts: Five Ways Immigrants Drive the Essential Economy

U.S. industries that fuel the economy—such as food services, construction, and agriculture—rely heavily on immigrants.

The essential economy—which encompasses the food services and hospitality industries, construction, agriculture, elder care, and manufacturing—is fundamental to the U.S. economy and society as a whole.[1] Immigrants’ participation in these sectors creates new jobs for native-born workers, contributes to the growth of construction and agriculture, and provides essential care to the United States’ aging population. This fact sheet—the tenth in our series on immigrants and the economy—details five reasons why immigrants are vital to the success of the essential economy.

2. Immigrants are supporting growth of the construction industry—a key measure of how well the economy is bouncing back from the Great Recession.

3. With demand for produce at an all-time high, agriculture workers—nearly three-fourths of whom are foreign-born—are essential to getting food from our farms to our supermarkets.[16]

4. With a rapidly aging U.S. population, immigrants help to meet the increasing demand for in-home health aids and assisted living for seniors.

5. Immigrants play an outsize role in the manufacturing industry, keeping middle-class jobs in the U.S. and helping to revitalize declining economies across the country.

This fact sheet is a product of the AS/COA Immigration and Integration Initiative, which promotes positive dialogue around the economic contributions of immigrants across the United States. It was produced by Rebecca Bintrim and Adam Wolsky in collaboration with Kate Brick and Richard André, co-directors of the Immigration and Integration Initiative. For media inquiries or to speak with an expert on this topic, please contact Adriana La Rotta in our communications office at: alarotta@as-coa.org.

[1] The term “Essential Economy” was coined by the Essential Economy Council, which defines it as an occupational cluster that includes six sectors: hospitality and restaurants, agriculture and poultry, light construction and landscaping, personal care and assisted living, building maintenance and facilities services, and distribution and logistics.

[2] Bureau of Labor Statistics, “Employed foreign-born and native-born persons 16 years and over by occupation and sex, 2013 annual averages,” United States Department of Labor, 2013.

[19] Michael Clemens, “International Harvest: A case Study of How Foreign Workers Help American Farms Grow Crops—and the Economy,” The Partnership for a New American Economy and the Center for Global Development, 2013, p.2.

[20] “Projected Future Growth of the Older Population,” Administration on Aging.

[30] Jacob Vigdor, “Immigration and the Revival of American Cities: From Preserving Manufacturing Jobs to Strengthening the Housing Market,” Americas Society/Council of the Americas, 2013, p.27.