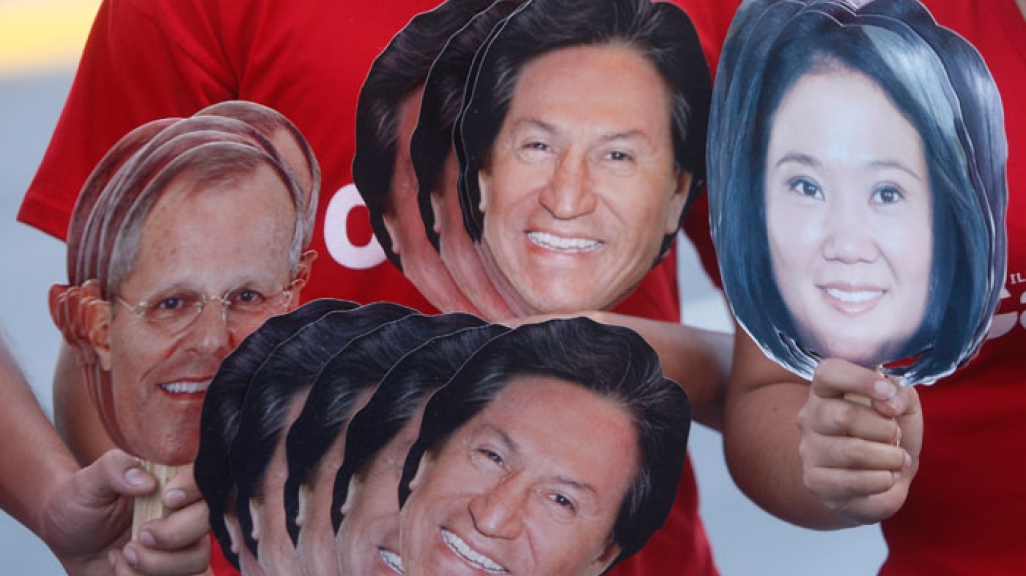 Explainer: Who's Running in the 2016 Peruvian Presidential Election?

Pollsters expect Keiko Fujimori to win the April 10 vote, but a runoff in June could be neck and neck.

Updated April 8 — On April 10, Peruvians will vote for their next president, who’ll replace the outgoing Ollanta Humala. Voting is compulsory in Peru, so turnout runs high among the country’s 20 million registered voters. Still, some 70 percent of voters say they’re dissatisfied with the candidates running, and many voters make up their minds at the ballot boxes. This year, as in the United States presidential race, being a political outsider is an asset and propelling newcomers against frontrunner Keiko Fujimori. But a series of elections board rulings have disqualified two top candidates and altered the race’s landscape. Presidents in Peru can be reelected, although not to consecutive terms.

Also on April 10, Peruvians will cast votes for all 130 seats in the country’s unicameral legislature, as well as its representatives to the Andean Congress. For all races, if no single candidate receives more than 50 percent of the vote, a runoff will be held between the top two candidates on June 5. The newly elected officials will take their oaths of office in late July.

While Fujimori has led polls throughout the campaign with support consistently above 30 percent, first Guzmán’s and then Mendoza’s respective rises since the beginning of the year have caused stirs. Most polls—including Ipsos Apoyo, GfK, and CPI—show Fujimori with at least a ten-point lead over PPK and Mendoza for the first-round vote. But, in the likely event of a runoff, an April 1 Ipsos poll projects PPK could edge Fujimori by two points (43 to 41 percent), while Mendoza would trail her by six (39 to 45 percent). This survey has a 2.3-percent margin of error.

History is on Fujimori’s side. Peru’s last three elected presidents all were the runners-up in the preceding presidential contests. Indeed, most Peruvians see her as inevitable: 54 percent think she’ll win the election regardless of their personal pick.

The election was upended after Peru’s highest elections body ruled that both Guzmán and Acuña are disqualified from running, for separate reasons. The JNE said Guzmán did not properly file with his party when registering his candidacy. The board investigated Acuña after a video surfaced in which he offers money for votes in a Lima market. On March 4, a special committee barred the two candidates from running, which both appealed. In the following days, the JNE denied their appeals, upholding the special committee ruling, as well as their petitions for extraordinary recourse, leaving both out of the race. Guzmán has appealed the international community, notably the Organization of American States, to speak out against his exclusion.

The board also investigated Fujimori in late March on charges of vote buying, but she was cleared of wrongdoing in the matter. On March 31, the board opened an inquiry against PPK on the same charge.

The first debate took place on February 11 and 12 in Lima.

A second debate took place on Sunday, April 3, one week before the election. At it, Fujimori signed a pledge saying she would avoid the authoritarian style rule of her father.