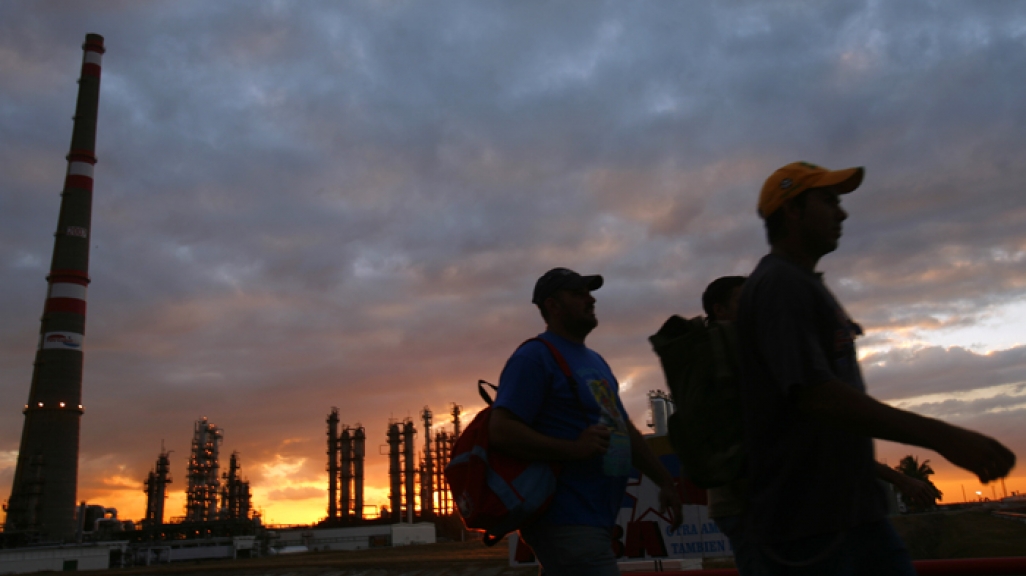 Workers at a refinery in Cuba. (AP Photo)

Explainer: What Is Petrocaribe?

Guatemala and Honduras are the latest countries to join this Venezuelan-run regional bloc that provides preferential oil agreements.

Under the administration of the late Venezuelan President Hugo Chávez, an energy bloc emerged to provide low-interest oil sales to nearby countries facing expensive imports. As a region, Caribbean countries spend around 13 percent of GDP on oil imports, while Petrocaribe, the Venezuela-led organization, allows governments to pay for petroleum over time. Countries have up to 25 years to pay off oil bills, and can also provide goods and services in exchange for oil. Some leaders worried that Chávez’s death would mean an end to the bloc, but newly elected President Nicolás Maduro promised to continue the program at a heads-of-state summit in May 2013.

AS/COA Online looks at how Petrocaribe began, its membership, how it works, and related investments in developing energy infrastructure.

Origins and Members of Petrocaribe

The concept of an energy agreement between Venezuela and Caribbean and Central American countries under the late President Hugo Chávez’s administration emerged in October 2000, with the signing of the Caracas Energy Agreement. This accord allowed for low-interest Venezuelan oil exports to Belize, Costa Rica, the Dominican Republic, El Salvador, Guatemala, Honduras, Haiti, Jamaica, Nicaragua, and Panama.

In July 2005, Chávez convened the first Petrocaribe summit, when 14 countries—including Venezuela—signed an agreement to form the group. These members were able to negotiate low-interest oil agreements with Venezuela. They could also pay their debts through providing goods and services to Venezuela. The accord was signed by Antigua and Barbuda, the Bahamas, Belize, Cuba, Dominica, the Dominican Republic, Grenada, Guyana, Jamaica, Saint Kitts and Nevis, Saint Vincent and Grenadines, Suriname, and Venezuela.

Haiti and Nicaragua became members in August 2007, and Guatemala and Honduras joined in 2008. However, the latter two countries only officially became members at the May 4, 2013 Petrocaribe summit. Guatemala did not sign an agreement with Venezuela after initially joining the group, given opposition in Congress to the program. Petrocaribe still faces some critics in Guatemala; President Otto Pérez Molina invited a group of Venezuelan technicians to meet with their Guatemalan counterparts to discuss the benefits of the initiative. Honduras, meanwhile, regained its membership; the country was suspended in June 2009, when President Manuel Zelaya was ousted from power.

There are now 18 members of Petrocaribe: Antigua and Barbuda, Bahamas, Belize, Cuba, Dominica, Dominican Republic, Granada, Guatemala, Guyana, Haiti, Honduras, Jamaica, Nicaragua, Saint Kitts and Nevis, Saint Vincent and Grenadines, Saint Lucia, Suriname, and Venezuela. Members meet at Petrocaribe heads-of-state summits, though not on a consistent basis. These meetings took place biannually in 2005 and 2007, and then once a year in 2008 and 2009. The most recent summit took place in May 2013 in Venezuela.

Venezuela offers oil agreements to member countries, which must pay 60 percent of the bill within 90 days. The remaining 40 percent can be financed over 25 years at 1 percent interest, should oil prices stay above $40 per barrel. Financing takes into account the current cost of oil, allowing for more favorable terms when the cost of oil is higher. Countries may also offer goods and services to pay off oil shipments, ranging from food such as beans and sugar to human capital such as doctors.

Based on the agreement, each country receives a quota of barrels per day (bpd). Jamaica, for example, can receive up to 23,500 bpd, while Granada’s limit is 1,000 bpd. However, countries do not always receive the maximum amount allowed. The Dominican Republic, for example, requested this month that Venezuela provide the full 50,000 bpd allotted. At present, the country is only receiving 25,000 bpd (President Danilo Medina has indicated his country previously did not receive the entire monthly quota).

Cuba, while technically a member of the bloc, has an agreement with Venezuela that allows for an oil quota separate from Petrocaribe quotas. The Caribbean country received around 109,000 bpd in 2012.

During the May 2013 summit, leaders approved an agreement to found a Petrocaribe Economic Zone, which would promote investment, trade, tourism, and development in member countries. The specifics of the zone are not yet clear, though Venezuela already invests in regional development through another bloc—the Bolivarian Alliance for the Americas.

In addition to preferential agreements, Petrocaribe also includes participation by state-run Petróleos de Venezuela, S.A. (PDVSA) in energy companies throughout the region. Since Petrocaribe’s foundation in 2005, PDVSA established stakes in oil companies in Belize, Cuba, Dominica, the Dominican Republic, Granada, Jamaica, Nicaragua, Saint Kitts and Nevis, and Saint Vincent and Grenadines. PDVSA is also investing in the construction and upgrading of refineries in Cuba, the Dominican Republic, Jamaica, and Nicaragua. 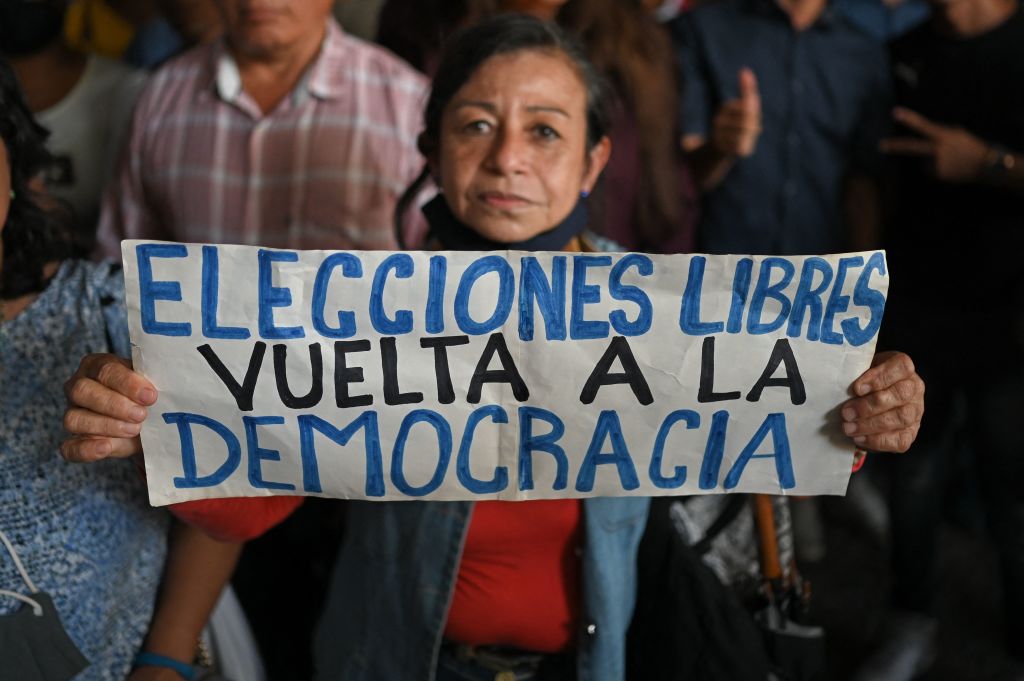 As hopes to unseat Maduro are replaced with resignation, unexpected opportunity is emerging for Venezuelan democracy. 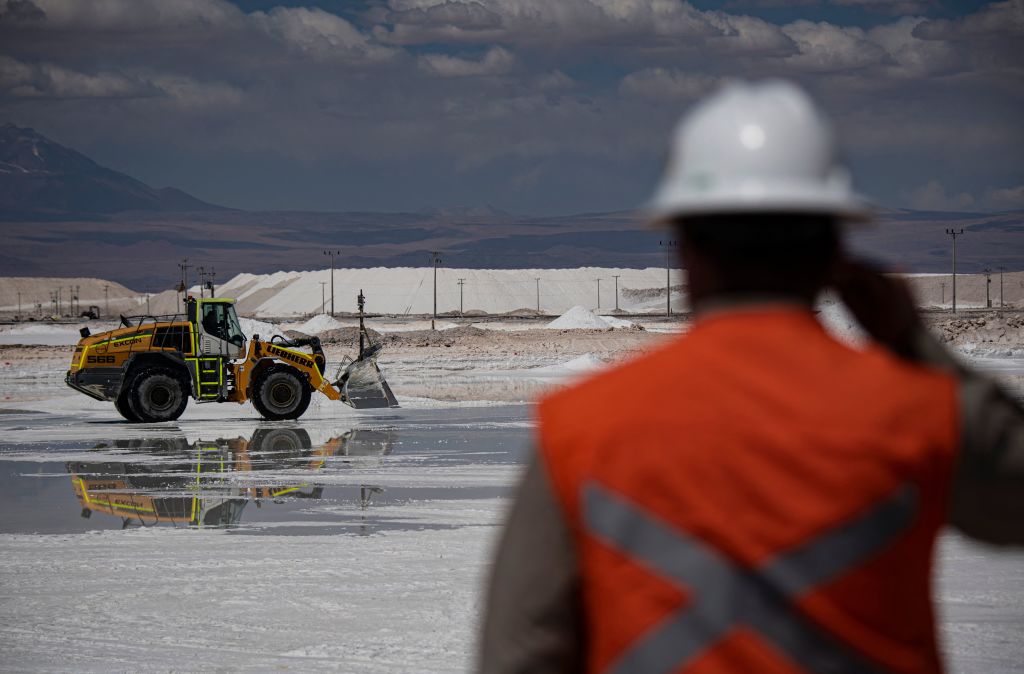