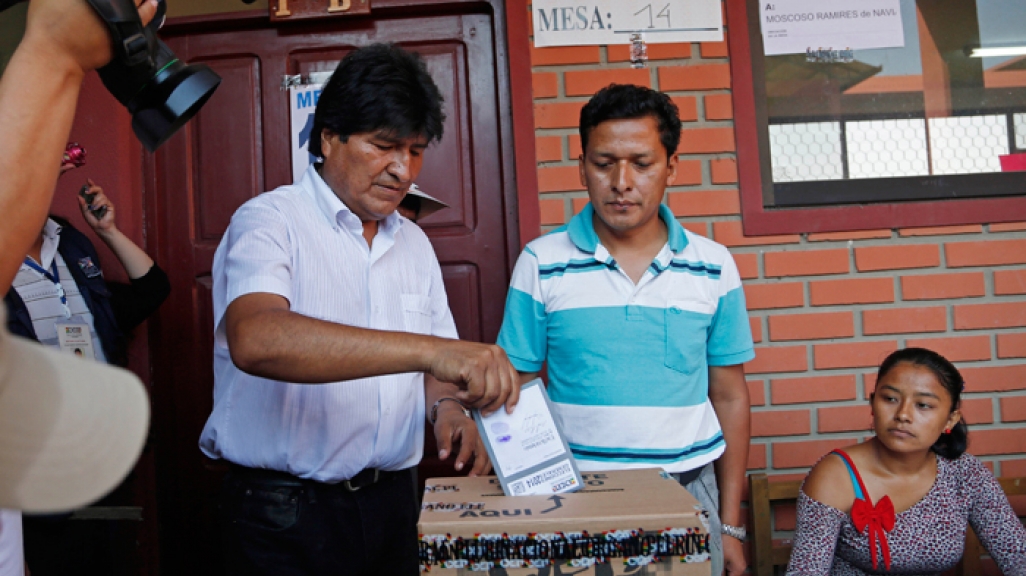 With electoral sea changes in Argentina and Venezuela, will the pink tide’s ebb extend to these two Andean countries?

In November, voters unseated kirchnerismo in Argentina with the election of President Mauricio Macri. The next month, Venezuelan electors dealt chavismo a blow by handing the opposition coalition a supermajority in the legislature. The electoral sea changes have observers asking if South America’s so-called pink tide of left-leaning politics is ebbing.

Bolivia and Ecuador are often lumped in with their neighbors, but there’s reason to believe Quito and La Paz will not be swept up in the same political currents. Both countries’ legislatures passed measures this year that will open the door for extended presidential reelection, with some caveats, and both presidents remain extremely popular, with little concerted opposition to challenge them.

On December 4, Ecuador’s National Assembly approved a reform package proposed by President Rafael Correa that includes a constitutional amendment to allow indefinite presidential reelection. That said, Correa will not be able to run for a fourth time in the 2017 elections, due to a clause added that stipulates that the new amendment will not go into effect until the day after Ecuador’s next president is scheduled to be sworn in. Correa’s party, Country Alliance, known as AP, controls 100 of 137 seats in the unicameral legislature, and the measure passed with that same number of votes in favor, easily meeting the two-thirds requirement. More than half of opposition legislators, who argued that the amendments should be put to a popular referendum, were not present for the vote. Prior to Correa taking office in 2007, Ecuador had gone through seven presidents in a decade.

Bolivia: A bid to prolong the longest-serving president’s tenure

In October, Evo Morales became Bolivia’s longest-serving president since the country’s modern founding in 1825. The stability is notable in the landlocked country, which suffered close to 200 coups over the course of its history. Morales’ near decade in office also makes him the most senior Latin American president in office today. Legislators from Morales’ party, Movement toward Socialism, known as MAS, moved to extend his longevity this fall when they put forth a proposed constitutional amendment to allow a president to be reelected twice, or to serve three consecutive terms. Bolivians will vote to approve or reject the measure via referendum on February 21, 2016. While an October poll by Ipsos had support for the proposed constitutional amendment on reelection running at 49 percent in favor to 39 percent opposed, another released in December by the daily Página Siete indicated that Bolivians disapprove of the proposed measure by a 54-40 margin.

Correa and Morales remain two of Latin America’s—and indeed the world’s—most popular heads of state. Correa enjoys an approval rating of 52 percent as of August 2015, a bit below the average of around 60 percent during his eight years in office. Morales’ support is even higher, hitting upward of 70 percent in the run-up to last year’s elections.

The pair have won three elections each, always with over 50 percent of the popular vote and by double-digit margins—well over 30 points in their most recent ones.

Technically, both Correa and Morales are allowed two, consecutive terms—of four years in Ecuador and five in Bolivia. But, since both countries approved new constitutions during each president’s first administration, authorities ruled that the second election of each counted as his first term. Correa’s current term will end in 2017, and Morales’ in 2020. If Ecuador’s new constitutional amendments are implemented as expected, Correa will be eligible to run for president again in 2021. If Bolivians vote in support of three consecutive terms, Morales will be able to run for reelection again in 2019.