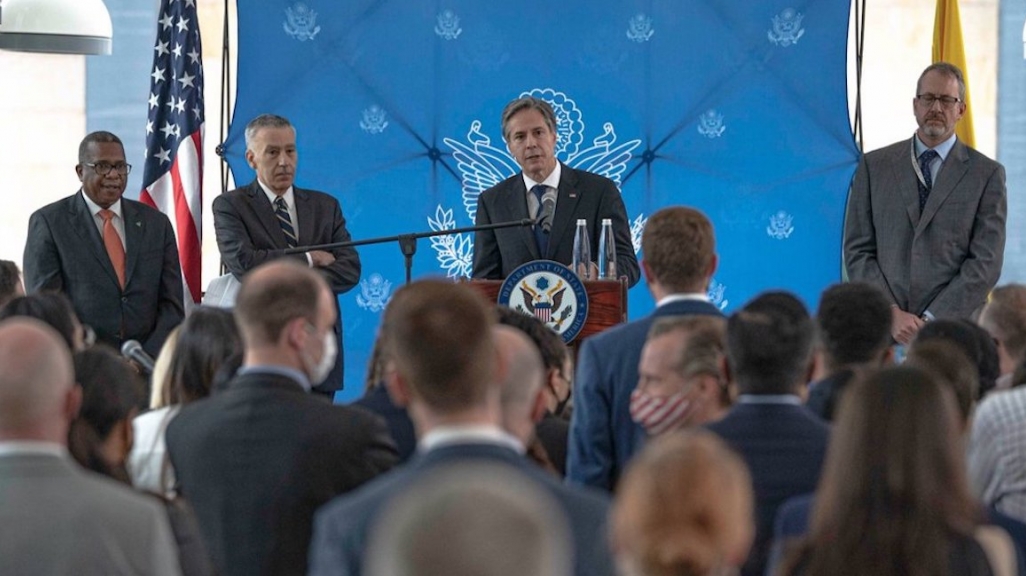 The trip shows a desire to develop relations in a way "that helps sustain democracy in a region where it is increasingly troubled," said the AS/COA vice president.

"Where he traveled sends its own signal," said Farnsworth. "He chose Ecuador and Colombia, two close allies of the United States, but more importantly, two countries where democracy actually works."

Farnsworth explained that Blinken's choice to visit the two South American countries "shows a real desire to develop relations with Colombia and Ecuador in a manner that helps sustain democracy in a region where it is increasingly troubled."

Farnsworth said that another purpose of Blinken's visit to Colombia was to acknowledge the stress the Venezuelan migration crisis has been putting on the country and to highlight that President Iván Duque provided a temporary safe haven in Colombia to almost 2 million Venezuelan citizens.

"This is historic. It’s meaningful, and it’s providing a really important signal to the rest of the world: what can be done," said Farnsworth. "Colombia can’t do it by itself. It needs some real support, and having the Secretary of State there was meaningfully intended to try and offer some of that support."