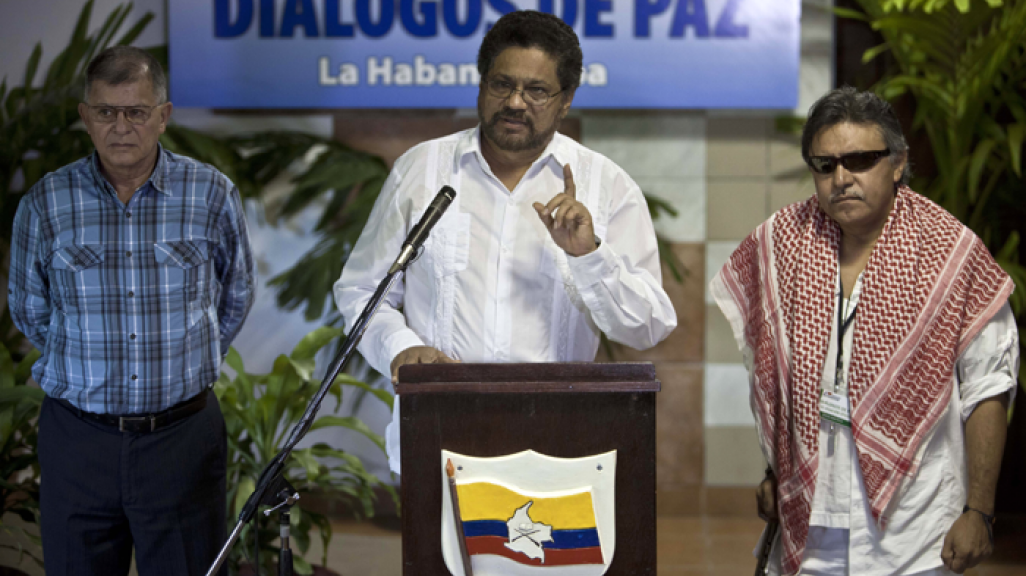 As talks begin again this year, find out sticking points, as well as promising developments.

Could Colombia reach a peace agreement this year? President Juan Manuel Santos thinks so. On February 2, Colombian government negotiators and representatives from the Revolutionary Armed Forces of Colombia (FARC) kicked off the first 2015 round of peace talks in Havana, Cuba. Santos said last month that he instructed officials to speed up the talks to “end the armed conflict as soon as possible and once and for all.” But challenges remain, especially as both parties work through remaining items at the negotiating table. Talks initially began in Norway in October 2012, and the following month negotiations started in Cuba, where they have since taken place.

Several factors bolster the potential to conclude the negotiations. In 2014, the Andean country reported the lowest homicide rate in 34 years. In addition, the number of armed FARC combatants has shrunk down to a little over half of its peak amount.

Notably, the FARC’s indefinite unilateral ceasefire is holding since it began in December. While government officials initially met the move with skepticism, Santos acknowledged that the rebel group complied. This month, the president asked his negotiating team to broach the idea of a bilateral ceasefire “as quickly as possible.” Santos also reiterated his invitation to the National Liberation Army (ELN), another rebel group, to join the talks this year.

Nevertheless, challenges remain. As of this year, negotiators only reached accords on three out of six items on the agenda. The ELN called for a unilateral government ceasefire, and preliminary talks have yet to get the group on board to join the peace process. A December Polimétrica survey found that only 38 percent of Colombians support the peace process—a 10-point fall since July.

Since talks began in Havana in November 2012, negotiators reached preliminary accords on three of six points. They must reach a final agreement before the accords go into effect.

Rural agrarian development: In May 2013, both sides agreed to create a fund to award millions of acres of lands to peasants. The agreement also calls for land restitution for displaced persons; developing infrastructure, health access, and education in rural areas; technical assistance and credit for rural farmers; and ensuring food security.

Political participation: In November 2013, negotiators announced a deal on post-conflict politics. The accord calls for temporary congressional districts for parts of the country affected most by the armed conflict. It ensures security for future FARC politicians and activists, though it does not define which former guerrillas are eligible to enter politics. It also guarantees media access for all political parties.

Drug trafficking: In May 2014, those at the table in Havana reached an initial accord on how to address the illicit drug trade. The FARC agreed to end its narcotics activities, and both parties agreed to a crop substitution program. The government will not prosecute small-scale farmers involved in the drug trade while it helps communities transition to legal crops.

Sticking Points: What Remains to Be Decided

Since July 2014, as negotiators discuss victims’ rights, they remain stuck on the issue of transitional justice. In other words, they must address potential prosecutions or pardons for FARC combatants. The government wants to offer pardons for lower-ranking guerrillas and to expunge existing sentences in exchange for trying rebels accused of war crimes in a special court. Those prosecuted would serve time behind bars, though potentially less than normally given. “On transitional justice, as might be expected, we still face considerable differences,” said head government negotiator Humberto de la Calle in January. “We believe, nonetheless, that there is room in the area of alternative penalties that impede impunity and allow victims’ rights to be satisfied to the greatest extent possible.”

One issue complicating the matter is that of international law, which no longer allows amnesties. Plus, the International Criminal Court (ICC) says that it has jurisdiction in Colombia over crimes against humanity since 2002, and war crimes since 2009. In a December ICC report, the Court warned that it could potentially intervene in judicial proceedings involving guerrillas. “A sentence that is grossly or manifestly inadequate, in light of the gravity of the crimes and the form of participation of the accused, would vitiate the genuineness of a national proceeding,” said the report.

During the second half of the year, negotiators discussed the fourth point on the agenda: victims’ rights. In August, victims of the conflict joined the talks, the first time ever that they participated in peace negotiations. That month, both sides agreed to the Historical Commission on the Conflict and Its Victims, tasked with researching the impact of the conflict on Colombian’s civilian population. Members of the Commission will present their findings on February 10.

After victims’ rights, negotiators must agree on disarmament and implementing a final peace accord, the last two items on the agenda. In early January, Santos signed a law passed by Congress last year allowing the government to hold a popular referendum on an eventual peace agreement. An October 2014 Caracol Radio poll found that roughly 56 percent of Colombians support carrying out a referendum on a future accord. 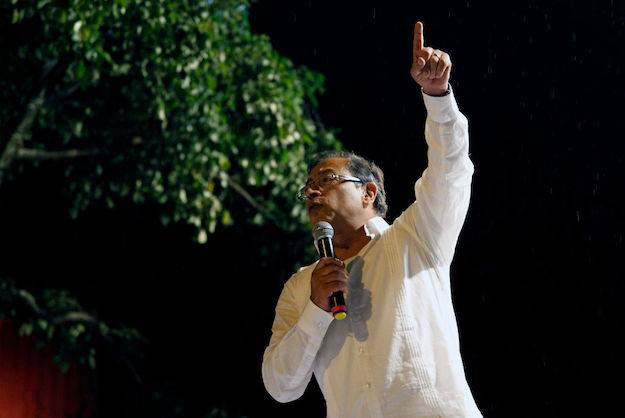