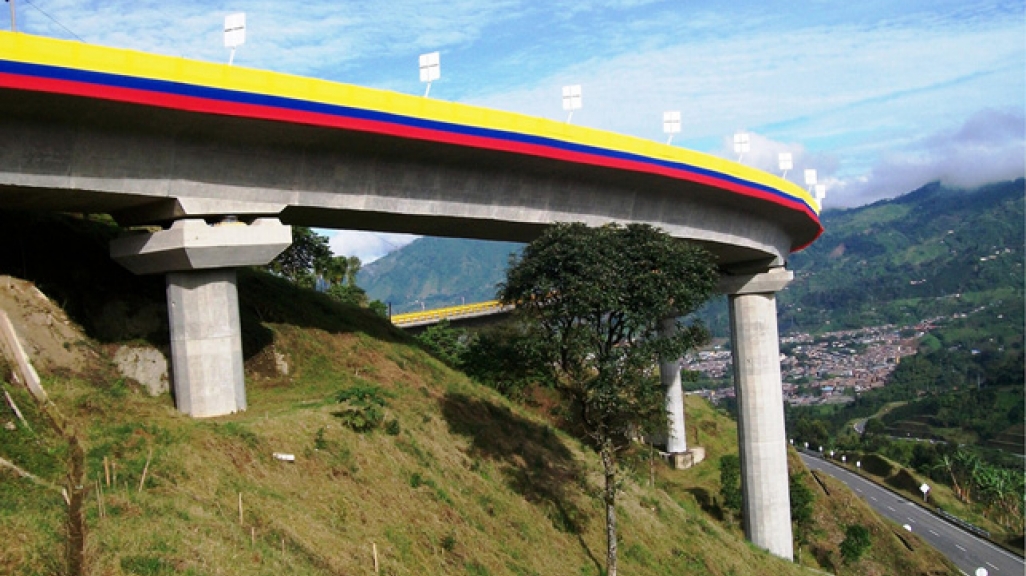 The government is seeking investments of $25 billion in roads. (Image: National Infrastructure Agency)

The Andean country aims to invest up to $100 billion in roads, ports, and airports by 2021 in a bid to improve competitiveness and support the growing economy.

Update Required To play the media you will need to either update your browser to a recent version or update your Flash plugin.

Colombia is carrying out the largest infrastructure plan in the country’s history in a bid to support the country’s expanding economy and reduce travel time and costs. The government seeks to build new projects and upgrade existing infrastructure through public-private partnerships (PPPs) and foreign investment. But it also must overcome obstacles including complex geography, security concerns, and corruption along the way.

The government seeks investments of $25 billion in road infrastructure alone, and up to $100 billion in transportation infrastructure by 2021. The goal is to build 4,970 miles of roads and cut travel times by 30 to 50 percent. The new highways will also reduce transport costs between cities in the mountains and ports on the Caribbean and Pacific coasts. “Infrastructure has become a major bottleneck,” Clemente Del Valle, president of Colombia's National Development Finance Agency, told AS/COA Online. “We could not continue to resolve this drop by drop…we had to bring a significant transformation.”

Indeed, Colombia must play catch-up to upgrade the country’s infrastructure. In spite of the booming export market, it is still cheaper to ship a container from Shanghai to the port of Buenaventura than to ship a container from Buenaventura inland to Bogota. Of all of the countries that have free-trade accords with the United States, Colombia has the highest export costs. According to the World Economic Forum’s 2013-2014 Global Competitiveness Index on 148 countries, Colombia ranks 130 in quality of roads, 110 in port infrastructure, and 96 in airport infrastructure. On quality of overall infrastructure, Colombia falls below all of the countries that it borders except for Venezuela.

The country is in full swing to bring in investment for road projects—a vital task, given that around 70 percent of cargo in Colombia is transported by truck. On April 11, the government held its first concession as a part of its highway plan, receiving two bids out of a potential 10 builders. Overall, these road projects will be constructed through public-private partnerships that include local and foreign groups. Earlier this month, four of Colombia’s pension funds announced they would invest $12.7 billion in road infrastructure over the next seven years. The move was modeled after Chile, where pension funds have played a role in infrastructure development.

The government also has its eye on airports. In October, the National Infrastructure Agency selected 10 groups to bid on concessions for five airports in the cities of Barranquilla, Armenia, Neiva, Popayán, and Cartago. In expanding and improving these facilities, the government aims to increase passenger numbers by 3.7 million passengers over the next two decades. These PPPs will require around $500 billion in investment.

As Colombia looks to establish itself as a gateway to Asia through the Pacific Alliance bloc, ports are another area of strategic importance. In September, two companies agreed to build and operate a new container terminal in Buenaventura—a port which handles more than half of the country’s maritime cargo. In November, the government announced it would invest over $60 million to dredge and widen the canal at the port of Cartagena to accommodate larger ships. 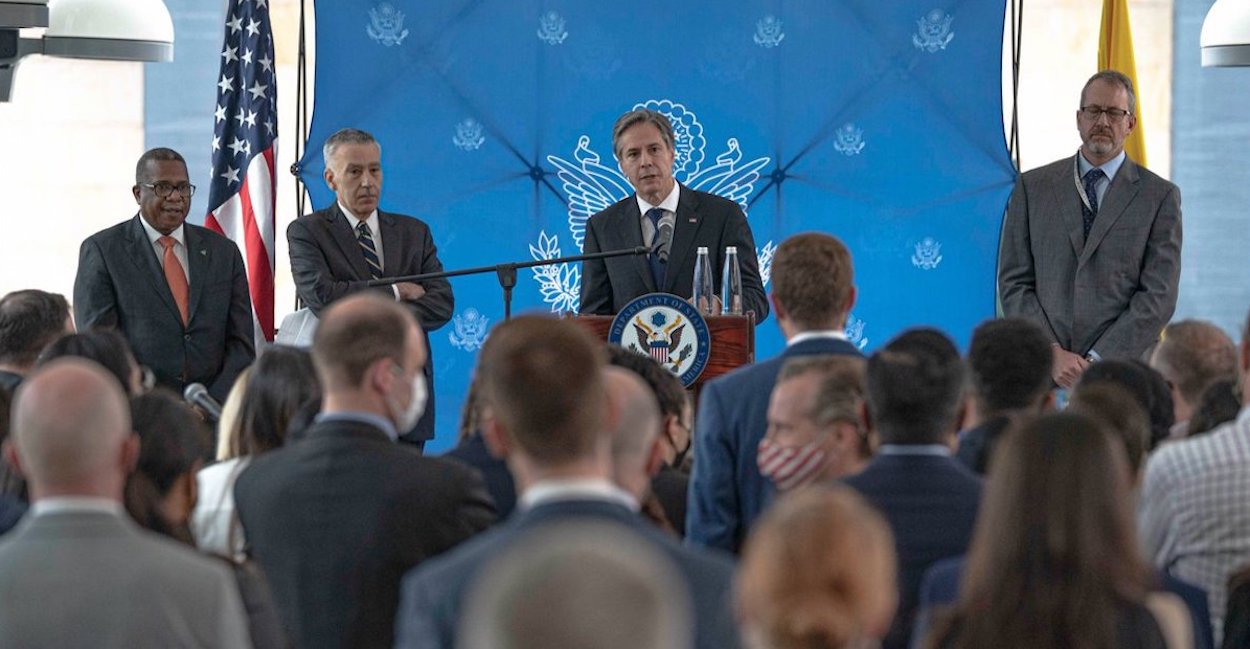 The trip shows a desire to develop relations in a way "that helps sustain democracy in a region where it is increasingly troubled," said the AS/COA vice president. 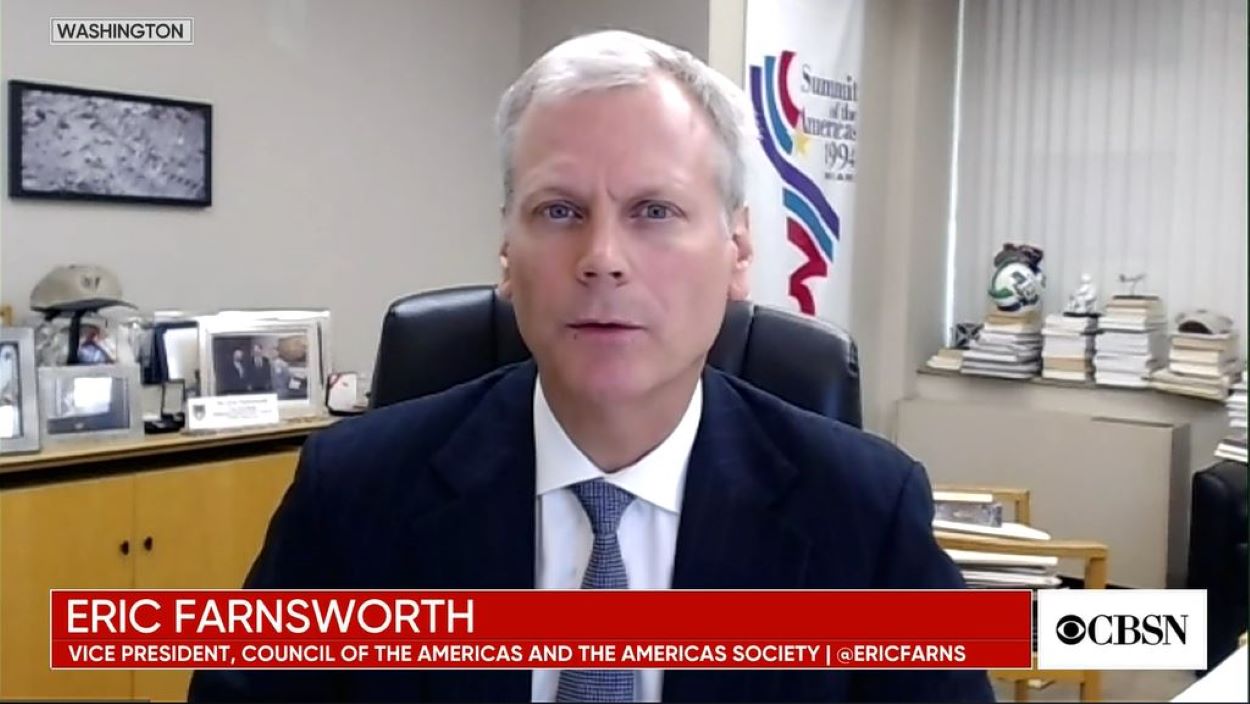 "The region is looking for real, concrete results from the United States in terms of cooperation," said the AS/COA vice president.