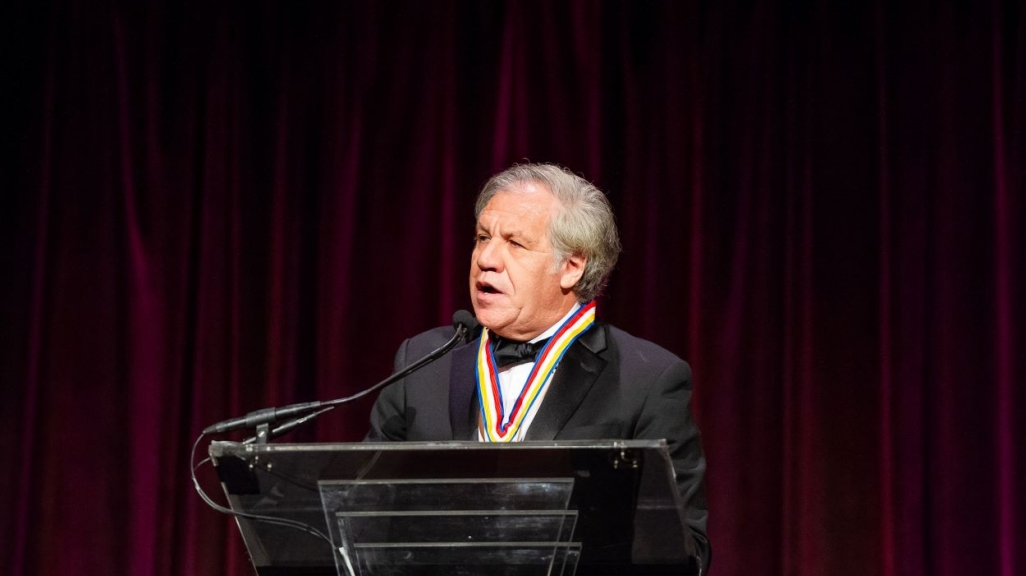 The OAS Secretary General is being honored for his steadfast promotion of democracy in the Western Hemisphere.

Washington, DC, May 2, 2022—Council of the Americas (COA) will honor Secretary General of the Organization of American States (OAS) Luis Almagro with the Chairman’s Award for Leadership in the Americas at the 52nd Annual Washington Conference on the Americas Private Luncheon at the U.S. State Department on May 3. The award is given to democratically elected officials who have shown outstanding commitment to the Western Hemisphere. COA Chairman Andrés Gluski will present the Chairman’s Award at the Washington Conference luncheon.

“At some personal cost, Luis has proven stalwart in keeping the democracy agenda vibrant in the Americas, despite a myriad of complications arising from heading a fractious organization that reflects the deepening rifts within the hemisphere itself,” says COA Vice President Eric Farnsworth. “Steady, evenhanded, and relentless, Luis’ self-effacing effectiveness has brought significant attention to these issues and put them front and center on the regional agenda even when it would be easier simply to ignore them and move on.”

Since taking office as Secretary General of the OAS in 2015, Almagro has overseen the launch of the following initiatives: the OAS School of Governance to train civil servants with the tools for transparent and accountable governments; the Inter-American Education System to ensure equitable education; and the Regional System for the Prevention of Social Conflicts, which facilitates interactions among investors, states, and communities. Almagro has also continued the mission of important OAS initiatives, including the Inter-American Human Rights System, the Inter-American Judicial Facilitators Program, the Mission to Support the Fight against Corruption and Impunity in Honduras, and the Mission to Support the Peace Process in Colombia.

The luncheon agenda will also feature speeches by U.S. Secretary of State Antony J. Blinken and U.S. Senator Bill Hagerty. Only Secretary Blinken's remarks will be open to the press. For more information, please contact mediarelations@as-coa.org.

The luncheon will be followed by a virtual Conference program on May 12, 2022.