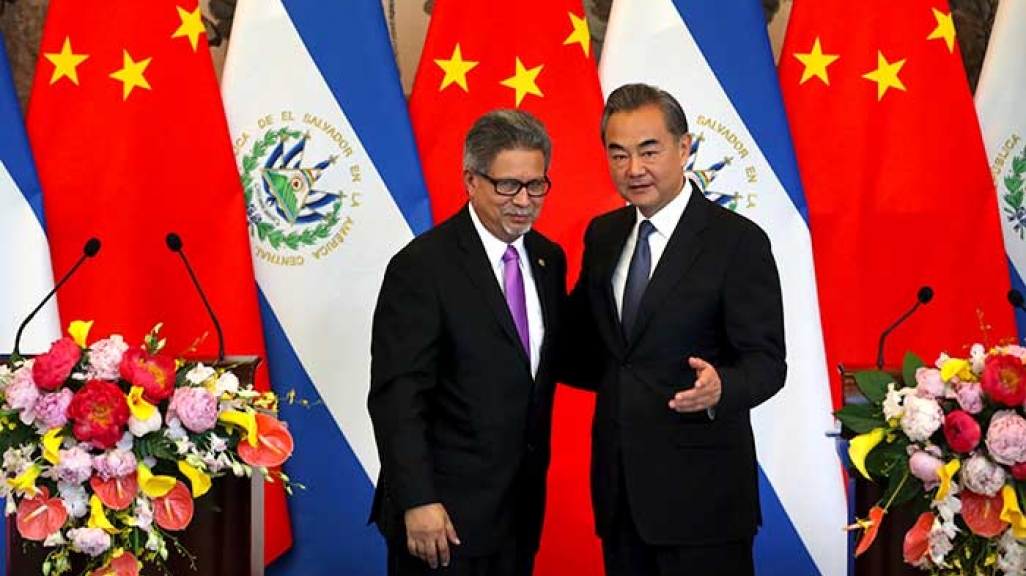 El Salvador, the Dominican Republic, and Panama all switched recognition from Taipei to Beijing in a span of 14 months, and Washington is not pleased.

It started when El Salvador made a decision. In August, its government switched diplomatic recognition from Taipei to Beijing, prompting the White House to issue a statement that the change would result in a “reevaluation of our relationship with El Salvador.” U.S. Senator Marco Rubio (R-FL) took to Twitter several times to denounce San Salvador’s move and called to cut U.S. aid.

On the other hand, this isn’t something new: China has been drawing away Taiwan’s diplomatic allies for years. Still, two other countries in the Americas—the Dominican Republic in May 2018 and Panama in June 2017—also switched recognition in the time since Donald Trump took over the Oval Office. On September 7, the U.S. State Department called back its top envoys from all three Latin American nations “for consultations related to recent decisions to no longer recognize Taiwan.” Two days earlier, U.S. senators, including Rubio, introduced bipartisan legislation dubbed the TAIPEI Act to “strengthen Taiwan’s standing around the world” and allow the State Department to end or amend U.S. aid to countries “that take adverse actions with regard to Taiwan.”

The withdrawal of diplomats may well turn out to be temporary, but it drew attention to Washington’s concern over an increasingly isolated Taiwan and more strategically positioned China, particularly at the hands of countries in the Americas, at a time of tensions with Beijing.

The United States itself established diplomatic ties with Beijing back in 1979 during the Carter administration. One by one, countries made the change in the decades after the establishment of the People’s Republic of China (PRC) in 1949, when the Nationalist Party retreated from mainland China and Taipei became the seat of the Republic of China (ROC). The pace of diplomatic backing for the PRC picked up once it took over the ROC’s seat at the United Nations in 1971. About 50 countries, the United States included, set up their embassies in Beijing but maintain offices in Taipei for economic, political, and cultural purposes. In June of this year, Washington raised the stakes in its alliance with Taiwan when it unveiled a $250 million upgrade to what is widely regarded as its de facto embassy in Taipei.

With El Salvador making the change last month, the number of countries maintaining diplomatic ties with Taiwan is down to 17, and the majority are small nations in Oceania, Latin America, and the Caribbean.

So, if nearly everybody—including Washington—picked the PRC, why the concern now? One reason is just how fast Beijing is slashing Taipei’s tally of diplomatic allies, given that six countries have deserted Taiwan since that country’s president, Tsai Ing-wen, took office in May 2016. Prior to Panama making a move, no other country in the Western Hemisphere had done so in a decade; Costa Rica made the switch in June 2007.

In many cases, and despite what officials might say, the reason for changing recognition appears to have much to do with money, as China and Taiwan send development aid to or fund large-scale infrastructure projects—from stadiums to freeways—in the countries they seek to win over. Taiwan accused China of gaining the Dominican Republic’s recognition thanks to a $3.1 billion investment and loan package, although Beijing denied the cash came with any preconditions. Some of these allies even go back and forth: Nicaragua, for example, switched back to Taipei in 1990 after five years of diplomatic ties with Beijing. In May, Nicaragua’s ambassador to Taiwan called Taipei his country’s “best ally” and asserted that, “We [will] never abandon Taiwan.…If I say I won’t betray you, I won’t betray you.”

In the case of El Salvador, Taiwan’s foreign minister suggested the change happened because Taipei refused to fund what he called an “unsuitable” site for port development or make political contributions at a time when the Salvadoran ruling party faces flagging approval ahead of the February 2019 presidential election. In Panama, China plans to build its embassy at the mouth of the Panama Canal. As former U.S. Ambassador to Panama John Feeley told McClatchy’s Franco Ordoñez, “There is no greater symbolic statement of disrespect to the United States-Panama relationship than a Chinese embassy sitting on a spit of land built literally by the earth excavated from the U.S.-led building of the Panama Canal over 100 years ago.”

Leaders say they are not recognizing China to spite the United States, even if the moves come amid escalating trade tensions between the two big economic powers. After Washington recalled the envoys, Panamanian President Juan Carlos Varela released a communiqué defending its diplomatic change as a sovereign decision while extolling his country’s shared values with the United States. Meanwhile, a spokesman for the Salvadoran government asked that Washington respect his country’s choice to take a step that the United States itself made 40 years ago.

Also on September 7, the United States blamed “scheduling conflicts” for the cancellation of an upcoming summit of the Alliance for Prosperity, an Obama-era development initiative involving Northern Triangle countries. Earlier this year, Washington announced it would be ending Temporary Protected Status for about a quarter of a million Salvadorans living in the United States.

Many observers point out that there’s little surprise that Latin America will look to China as the United States steps back from the region. After the State Department announced it was pulling the diplomats, former Mexican Ambassador to China Jorge Guajardo pointed out that his own country is still waiting for the White House to nominate an envoy and that Trump has yet to visit Latin America as president. “The U.S. should not be surprised that China is making inroads,” he tweeted. “There are no voids in geopolitics.”