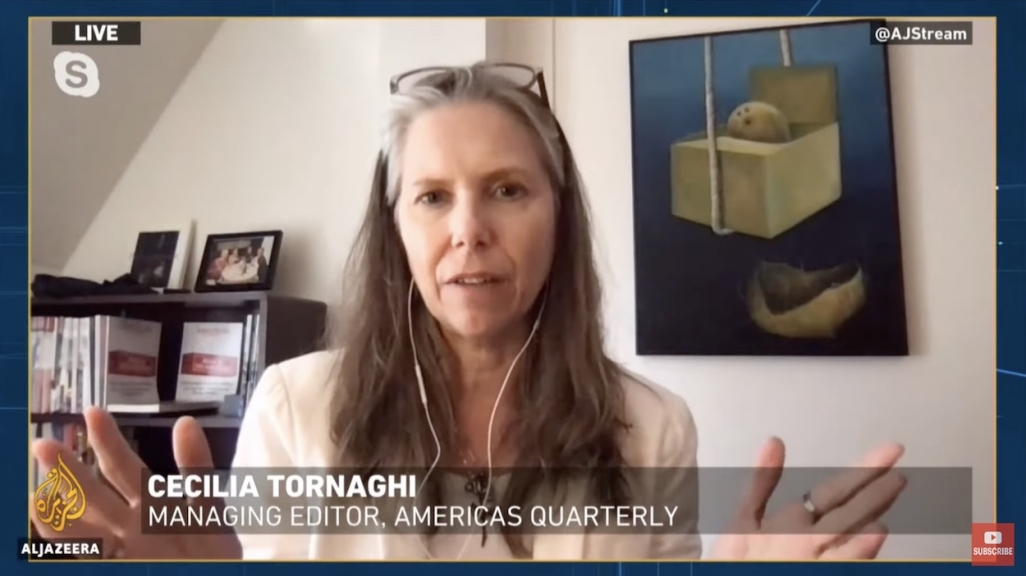 "We are in a stalemate right now; we’re not discussing issues, we’re discussing who I like and who I don’t," said the Americas Quarterly managing editor.

"This election should have been in 2018. In 2018, Lula was ahead in the polls when he was arrested and taken to jail…a few months before the election," said Tornaghi. "Lula has a banner of poverty, fighting against poverty. He is an incredibly well-spoken man, he really has the power of words, and resonates with people, but so does Bolsonaro in a completely different narrative."

Tornaghi explained that an important factor in the elections is hunger, "I think if you have 33 million people hungry in the country, when it gets to the vote, it’s one vote, one person. It doesn’t matter what your bank account is like. Once you have this scenario, I think that is going to count the most at the moment of voting."