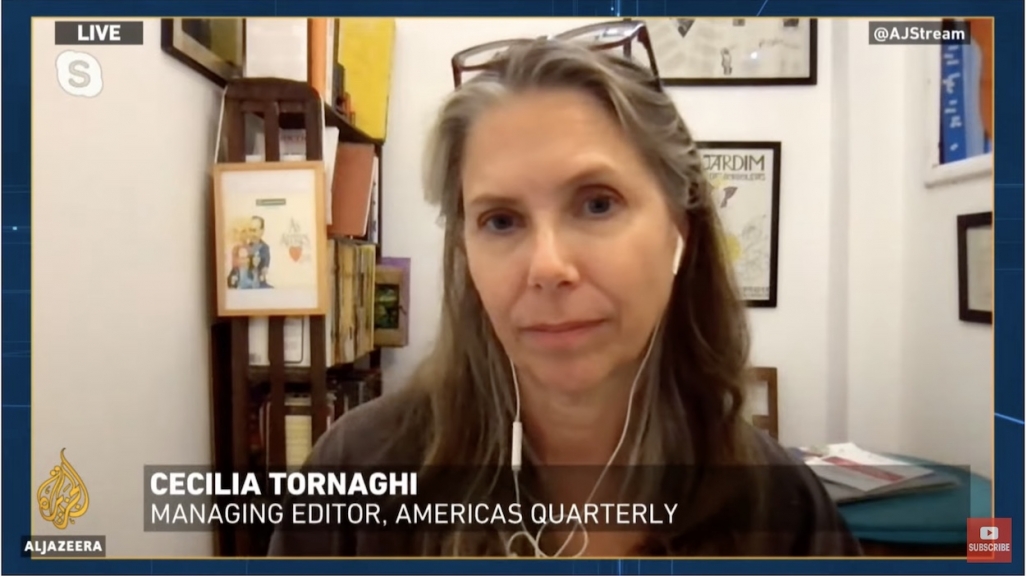 "It's become almost cultish how people are for one candidate or the other," said the Americas Quarterly managing editor.

Americas Quarterly Managing Editor Cecilia Tornaghi spoke to Al Jazeera's Femi Oke on The Stream about the results of the Brazilian presidential election's first round and the upcoming runoff election. The two election frontrunners, far-right incumbent President Jair Bolsonaro and former center-left President Luiz Inácio Lula da Silva, did not get enough votes to avoid a second round, which will take place on October 30.

"For president right now, it's been a contest of popularity. It's become almost cultish how people are for one candidate or the other," said Tornaghi. "We had almost 90 percent of the people that had already decided which president they were going to vote for. There were no programs, no platforms really presented, so I think that more than the economy right now, there is really this personality dispute."

Tornaghi explained that the runoff is a "clean slate," adding that, "It will be really hard to take what happened in the first round and add to it, but this fight is ongoing.”

She also said that since Bolsonaro did not dispute the election as fraudulent, his constituency is currently "deflated."