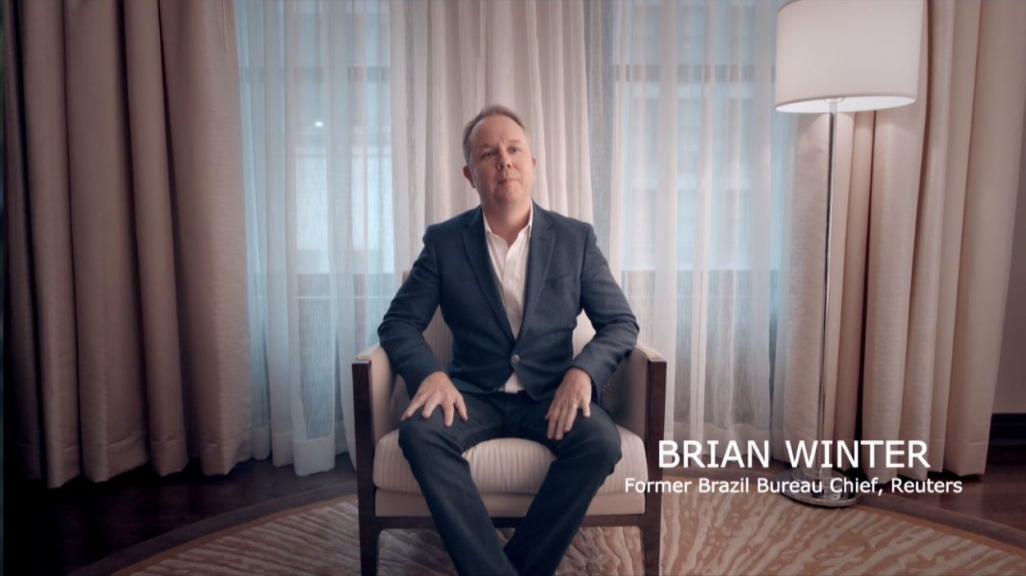 Brian Winter on PBS: The Rise of Jair Bolsonaro

"Nobody believed that Bolsonaro would ever become the next president of Brazil," said the AS/COA vice president.

AS/COA Vice President for Policy Brian Winter spoke to PBS for a feature-length documentary about the rise to power of Brazil's President Jair Bolsonaro.

"Nobody believed that Bolsonaro would ever become the next president of Brazil. The establishment was convinced that…at the end of the day, Brazilians would never vote for that kind of candidate," said Winter. "No one believed that he had a chance because he had been such a peripheral figure in Brazil’s congress."

Winter explained that, "the main reaction from Brazil’s political establishment when Jair Bolsonaro declared his candidacy was laughter."

"Unless Bolsonaro is able to win the vote in October 2022, I think that he and his supporters will end up forcing some kind of confrontation with Brazil’s other institutions," said Winter. "There are people in Bolsonaro’s circle who tell me that they will never hand over power to Lula. It’s hard to see how this gets resolved without some kind of constitutional crisis."