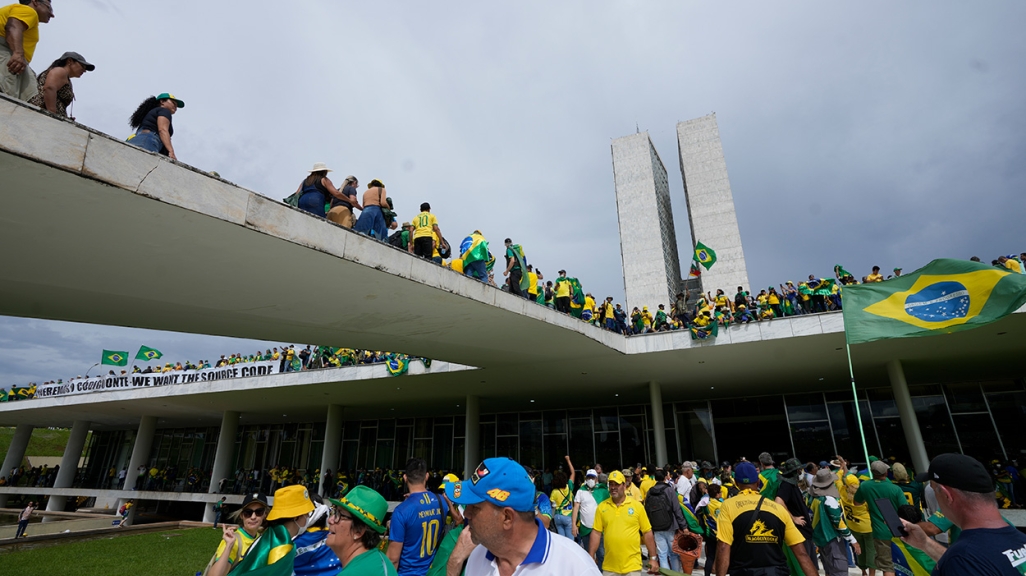 Brian Winter on NPR: The State of Democracy in Latin America

"When you have a power vacuum like this, there can be really unpredictable consequences," said the Americas Quarterly's editor-in-chief about Peru.

Americas Quarterly Editor-in-Chief Brian Winter spoke to NPR's Michel Martin on All Things Considered about the state of democracy in Latin America, in light of the storming of government buildings in Brasilia and ongoing protests in Peru over the ouster of former president Pedro Castillo.

Regarding Brazil, Winter said that “there has been a somewhat heartening effort by Brazilian authorities to try to rally around democracy. We saw the leaders of all three branches of government issue a statement condemning the failed insurrection. We saw all of the governors of Brazil also condemn what happened. And I'm somewhat hopeful that this will pass and that President Lula will be able to put the country back together.”

Winter said that in Peru, Castillo retains a support base in certain parts of the country. "And unfortunately, there's been a really deadly response by the government trying to put these protests down, and we've seen dozens of people die," Winter said.

“What the protesters want—and what a lot of Peruvians want—is for elections to be brought forward to as soon, potentially, as this year. But that's not entirely in President [Dina] Boluarte's hands. Congress has to vote for that to happen. Congress doesn't want to do it because it would also result in congressional elections, which—guess what?—would cause them to lose their jobs,” said Winter. “And so right now, it appears that they are determined to try to ride this out, at considerable cost to the political fabric of the country.”

Winter said that Latin America “has the world's biggest gap between rich and poor, and that inequality is what fundamentally generates these waves of instability that, in some respect, are a return to what we saw in the region during most of the 20th century, which was a time of coups and insurgent movements.”

“I think there's this old impulse in the United States to look especially at Latin America and, when bad things happen, ask the question: well, what is Washington doing wrong? And that era is over,” said Winter. “You know, these are independent democracies that operate on their own. And I think the Biden administration understands that really well.”

Listen to the interview.