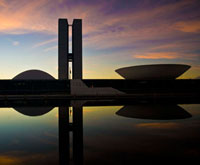 In recent months, the Brazilian and international media focused attention on the various corruption scandals affecting President Dilma Rousseff’s cabinet. But passage of the two momentous pieces of legislation, approved by the Brazilian Senate on October 25 and 26, received much less coverage. The first bill was Brazil’s landmark freedom of information law, which aims to provide citizen access to government documents and declassified information previously unavailable to the public. The second bill approved the creation of a truth commission to investigate human rights abuses during Brazil’s military dictatorship from 1964 to 1985. Once signed by Rousseff, these laws could potentially lead to more explosive political scandals at various levels of government.

The first bill, PLC 41/10, is known as the information access law. Congressman Reginaldo Lopes in the Chamber of Deputies proposed the law in 2003, but the bill was largely ignored. Six years later, in May 2009, then-President Inácio Lula da Silva sent the bill to Congress, and the Chamber of Deputies passed it in April 2010. It‘s taken since then for it to pass in the Senate, and Dilma is expected to sign it into law. The law has three important components. First, it will legally obligate the federal, state, and municipal governments to publish information, including documents on government spending and administration. It will also apply to state-owned companies and even some nonprofits with ties to the government. Next, the law will allow anyone to request information from the government, which will have to provide copies of declassified documents upon request. Finally, it sets time limits on classified documents, which range from five to 50 years by level of classification. If the law is effectively put into practice, the press will gain access to a much more robust quantity of information, with a potential for revealing even more corruption scandals and for uncovering unsavory administrative practices at the highest levels of government.

Nearly a dozen countries in Latin America passed freedom of information laws in the past decade, making Brazil one of the last countries to do so. This isn’t Brazil’s first attempt at transparency, but past attempts were not entirely successful: a 2009 municipal budget transparency law saw weak adherence throughout the country, and a federal government transparency portal launched in 2004.* But the bill’s passage is also historic for several other reasons. In the past, classified information was nearly impossible to access. Under current Brazilian law, highly classified documents can be renewed so that, in practice, they are never released. Two former presidents, Senator José Sarney and Senator Fernando Collor, pushed for a version of the bill that established “eternal” secrecy of top secret documents—including information about nuclear and aerospace technology, national defense, and diplomatic relations—that was ultimately defeated when a revised version was passed. Both senators potentially have information to hide: both have faced corruption allegations and Collor left the presidency in disgrace after a 1992 impeachment.

The second approved bill will at long last create a truth commission to investigate crimes committed during Brazil’s 21-year military dictatorship. Unlike Argentina and Chile, Brazil never established a formal process to study and release information on abuses from the dictatorship era. The law will establish the creation of a seven-member commission appointed by the president, herself a victim of torture during the dictatorship, and the group will examine abuses from 1946 to 1988. The commission will be tasked with requesting interviews with relevant witnesses, as well as requesting previously classified documents. According to O Globo, the Secretary of Human Rights Maria do Rosário praised the bill’s passage, saying, “It’s a historic victory that marks a new chapter since redemocratization. It’s a tribute to those who fought and gave their lives for democracy.”

The commission is expected to produce a report in two years, but will not hold trials since a 1979 amnesty law will continue in effect. In other words, those accused of committing crimes in the name of politics, from both the left and the right, will not face charges. Since the Supreme Court ruled the amnesty law constitutional in 2010 and conservative legislators rejected a version of the bill that would override the amnesty law, the law will not bring human rights offenders to justice. Some argue that as a result, the commission will be powerless; one senator even referred to it as a “farce.” Still, the commission’s role will help create a dialogue and reveal information about a period many would prefer to forget. Senator Aloysio Nunes, who brought the bill before the Senate, described the dictatorship as “a wound that will never heal.” But, for the sake of democracy, he argued, reopening wounds is important. Also, during the course of the investigation, the Brazilian government may finally recognize the role it played in human rights abuses, demonstrating a sense of accountability that some Brazilians feel is missing.

*Editor's Note: An earlier version of this article erroneously reported that the transparency portal launched in 2011. However, it launched in 2004 and began publishing daily updates in May 2010.

From drones to facial recognition, police across the region are adopting digital tools. But some worry about abuse