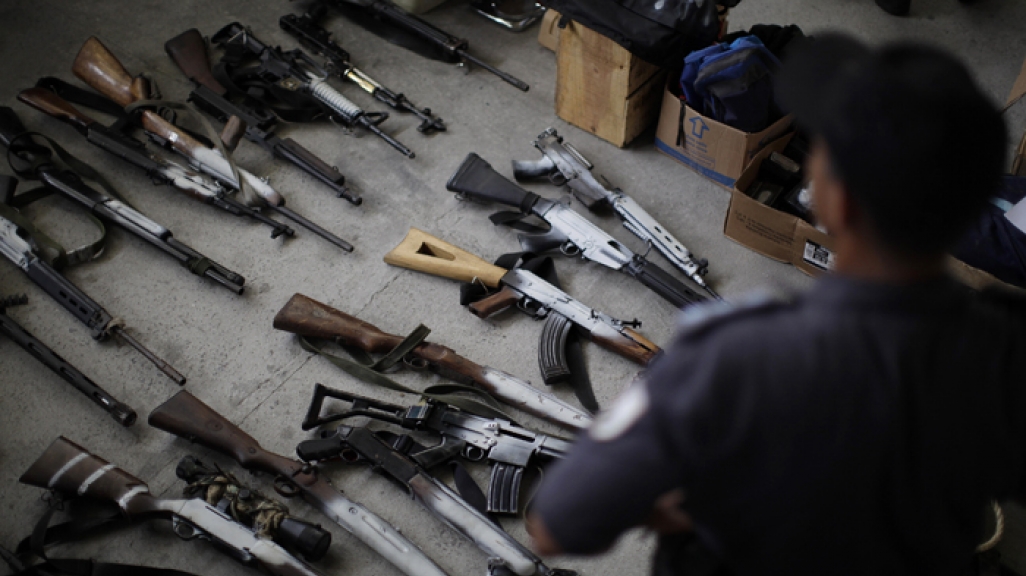 Passed in committee earlier this month, the new statute would make it easier to buy and register weapons.

A measure that would loosen gun control in Brazil—home to one of the largest absolute number of homicides globally—is wending its way through Congress. Supported by the so-called "bullets, beef, and bible" caucus, the legislation could dismantle the country’s landmark 2003 disarmament legislation.

Where does the bill stand?

On November 3, a congressional committee approved the bill, which now heads to the Chamber of Deputies floor. Called the Gun Control Statute, it would replace the 2003 Disarmament Statute. “What we want to do is give back the good citizens their right to defend their lives, their families, and their property, since the state isn’t enough,” said Congressman Laudivio Carvalho, one of the bill’s proponents and a member of the right-leaning Brazilian Democratic Movement Party.

How many guns are in circulation in Brazil?

Since the 2003 statute’s passage, the government issued 170,000 gun permits, though last year alone, the police seized 120,000 illegal weapons, reports TIME. From 1993 to 2003, the annual rate of gun deaths rose 6.9 percent, according to an Instituto Iguarapé study. From the time of the Disarmament Statute’s passage through 2012, this annual rate fell 0.3 percent.

Security is a major issue and one of Brazilians' top concerns, according to pollster Ibope. In September, a Brazilian Public Security Forum study found a murder takes place every half an hour in the country's capital cities. Brazilians currently own an estimated 15.2 million guns, more than half of which aren’t registered, according to the 2015 Violence Map, published by the Latin American Social Sciences Institute.

Brazil has a large black market for weapons. Antonio Rangel Bandeira, an expert on Brazilian arms trafficking, found during his research that more than 60 percent of illegal weapons were once originally purchased legally, meaning they were stolen or resold on the black market. Also, a 2006 congressional investigation found that two-thirds of contraband weapons come from Paraguay. Some organized crime groups even rent out illegal weapons—an activity that takes advantage of the higher black-market prices, according to local media reports.

How would the legislation change the current law?

Under the existing law, civilians must provide an explanation for why they need a gun when they apply for a permit. The new bill allows citizens to own guns for the purposes of self-defense and defending property. The legislation would also bring down the minimum age to buy a gun from 25 to 21, and would permit those under criminal investigation to buy and carry guns. Each citizen would be allowed up to nine guns and 600 rounds of ammunition per year. (Previously, it was six guns and 50 bullets a year.) It would also allow certain professions—including lawmakers—to legally carry guns.

Another one of the major changes the new statute would introduce is allowing civil and military police to register civilian weapons. Currently, this process can only be done with the federal police, which uses a national registry. Also, the current law requires gun owners to register their weapons every three years. The new legislation would allow for a one-time registration.

One of the bill’s opponents, Congressman Alessandro Molon, said of the legislation: “We can’t sign off on the state’s failure. We can’t just say ‘we’re not capable of guaranteeing everyone’s safety. Deal with it yourselves.’”