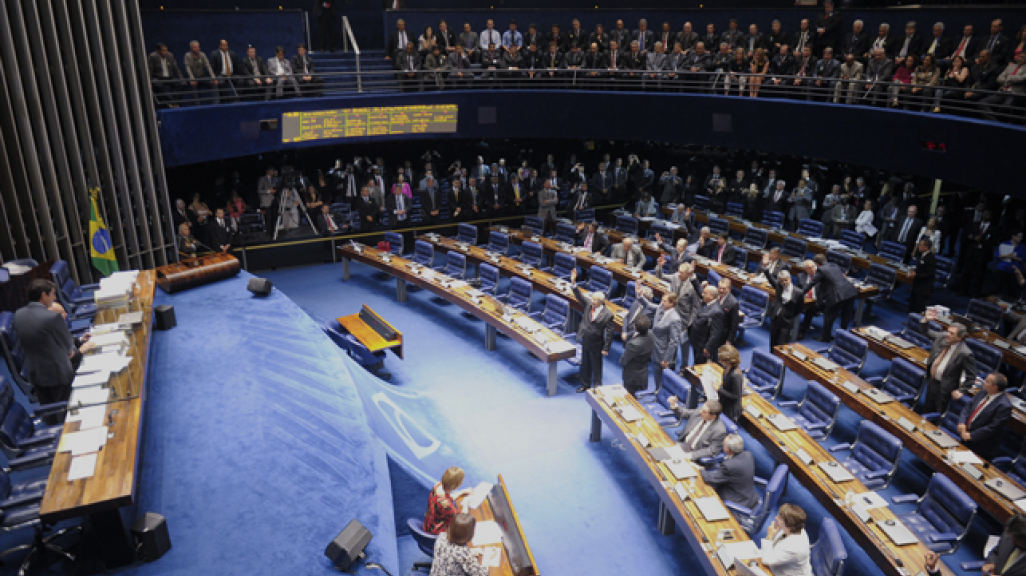 During her next administration, the president wants to push a legislative package that includes campaign finance reform and greater female representation in politics.

During her victory speech on Sunday, newly reelected President Dilma Rousseff announced she would prioritize political reform during her second term. Dubbed by the president as the “mother of all reforms,” it’s set to get a push by the executive in Congress.

The idea for the measure gained steam after the June 2013 protests, when Rousseff offered a host of proposals—including political reform—to meet demonstrators’ demands. That July, Congress formed a working group on political reform to begin debating how it could work, but progress has been slow.

The government first revealed the initial idea in June 2013. Nearly a year later, Rousseff sent a proposal to Congress about holding a plebiscite on the reform, but the measure stalled. In an October 28 interview on the SBT television network, Rousseff said that on the campaign trail, she saw widespread support for political reform all over the country, especially among youth. She also noted that she received a petition with nearly 8 million signatures in favor of the reform.

Here’s a breakdown of key points in the president’s proposal for reform:

Referendum on the legislation: The president wants voters to have a say on the reform. She defends a plebiscite, in which voters would decide on multiple elements of the proposal before Congress passes the legislation. However, legislators support a referendum method, in which Congress would approve the law and voters would pick a yes or no option based on their support for the reform.

Campaign finance reform: Currently, businesses can make donations to candidates, but under the president’s proposal, only individuals would be able to give private donations. Secretary-General of the Presidency Gilberto Carvalho told Globo that Rousseff considers this the key element of the reform. The Supreme Court took up private-sector campaign financing in March, and while a majority of justices opposed business donations to political candidates, the trial halted a month later when Minister Gilmar Mendes asked for more time to consider the case. From 2010 to 2014, the average cost of a congressional campaign rose 227 percent for deputies; for senators, the average cost now nears $2.3 million.

Changing the voting system for the Chamber of Deputies: In two rounds of voting, voters would first pick a political party in a closed list system, and they would then choose a specific candidate. Currently, the lower house is elected through an open list proportional voting system which allows voters to select a party or a candidate.

Gender equality: On candidate lists, there would have to be an equal number of men and women. Brazil’s current legislation requires at least 30 percent of Chamber of Deputies candidates to be female, but women occupy less than 10 percent of lower house seats.

Eliminating proportional coalitions: Under the current system of proportional voting, parties can create coalitions to pool votes and to get more campaign advertising time. In this manner, federal and state deputies and city council candidates who win the most votes can redistribute the votes to his or her coalition—giving a victory to candidates with insufficient votes. The reform would abolish these coalitions.

The president may face an uphill battle in Congress. Political reform has been in discussion for two decades, and multiple types of political reform have been under consideration in recent years. Also, many legislators favor a referendum over a plebiscite. Political parties diverge on key elements of the reform, particularly campaign financing, and Congress will be even more fragmented in 2015, with 28 parties in the Chamber of Deputies.

On the other hand, Rousseff’s proposal enjoys support from Vice President Michel Temer of the centrist Brazilian Democratic Movement Party (PMDB), a party vital for pushing through legislation. While he voiced disagreement with elements of the reform, Senate President Renan Calheiros also wants to move ahead with it. Plus, a new Chamber of Deputies president will take over in 2015 and is likely to come from Rousseff’s Workers’ Party (PT), given an agreement to switch between the PMDB and PT.