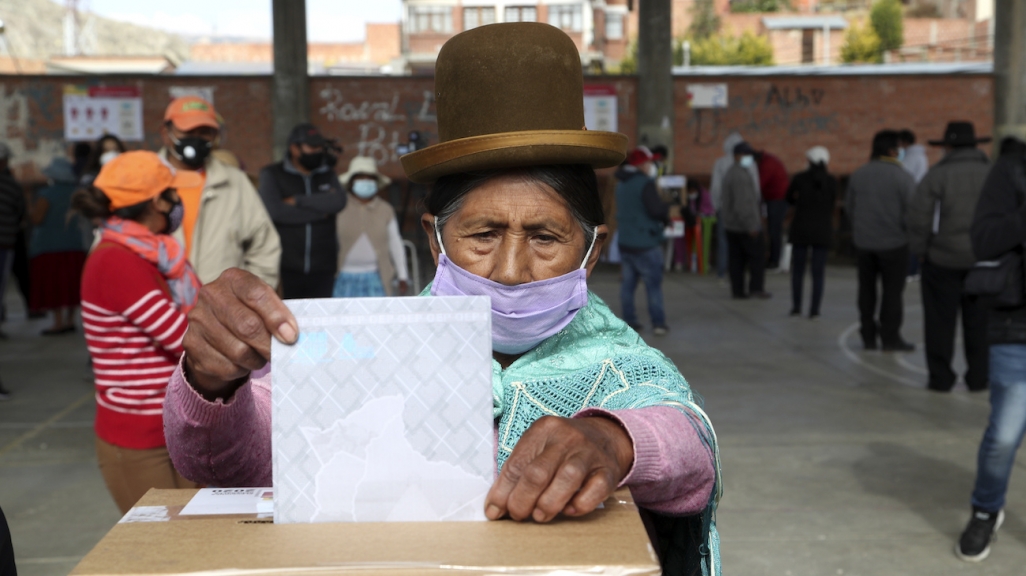 Bolivia held special general elections on October 18, almost a year after a vote that ended with longtime President Evo Morales stepping down and leaving the country. With 90.4 percent of votes officially tallied as of October 21, Luis Arce, Morales’ former economy minister, is set to become Bolivia’s next president. At the time of this report, results were not yet final, but Arce’s primary rival Carlos Mesa and interim President Jeanine Añez recognized his victory.

AS/COA Online’s Editorial Manager Holly K. Sonneland discusses the results, the antecedents, the role that Morales played in the election, and what to look for going forward.

AS/COA Online: Were there any surprises in this election?

Sonneland: Arce outperformed his polling numbers, but also, polling has a very short history in Bolivia, and what polling there is tends to oversample urban areas where Arce and Morales’ party, Movement toward Socialism (MAS) is weaker.

The fact that everything went off as peacefully as it did and that there was such a clear winner, even though we don’t have official results yet, was a welcome surprise. There was a lot of tension and polarization heading into this. Añez was actively working to depress voter support for MAS, supporters of right-wing candidate Luis Fernando Camacho were intimidating MAS supporters in places like Santa Cruz, and MAS leaders and supporters led huge strikes and shut down a large portion of the country with protests in August. On top of this is the memory of last year’s vote, which was ultimately scrapped over reports of irregularities. But despite the tension and fears of a contested vote, things were relatively peaceful on election day. That said, some people are protesting the country’s electoral board for the delay in official results.

AS/COA Online: They weren't on the ballot, but what were Evo Morales and Jeanine Añez’s roles in this election?

Sonneland: Añez’s biggest role was arguably to solidify MAS support and rally people back to the MAS base. A year ago, people were upset Morales was pushing this fourth term after he had clearly lost a referendum on the question of giving him another term. MAS supporters were fractured and the anti-Morales vote was united around Mesa. But from the moment she declared herself president in November 2019, Añez set out to undo every thing Morales had done and she spent a year attacking his supporters, which ironically drove them back to their base. So she not only unified MAS supporters again, but after she dropped out of the race in late September, she didn’t endorse anybody and her supporters split between Mesa in the center and Camacho on the right.

Morales has been in Argentina since December and only on Twitter during the campaign, so his role was more muted, and that helped Arce. Morales’ absence made it so that the election could be more about MAS and moving forward and less about Morales himself.

AS/COA Online: What are some of Arce's immediate and most important challenges?

Sonneland: It’s the economy first and foremost. In pre-election polls, the economy was a bigger concern for Bolivian voters than COVID-19 by a factor of more than two to one. And in that sense, Arce is a good man for this job. He was Morales’ economy minister for years and fairly prudent with the budget. If the economy and jobs are the only things he focuses on for the five years of his term, that’ll be more than enough work.

What will be interesting to see is what the composition of Bolivia’s next congress will be, which will depend in part on the official results of the national general election vote since Bolivia has a proportional representation system. MAS has had super majorities for years, and while it’s possible they lose that, they could retain simple majorities. That could give some political stability and reduce gridlock. When Fitch Ratings downgraded its outlook on Bolivia from stable to negative in late September, one of the factors the agency cited was anticipated unrest after the election and gridlock in congress. If there’s a working majority in Congress that’s able to pass legislation, that could improve the economic outlook.

AS/COA Online: What does this election mean for Latin America as a whole?

Sonneland: Bolivia is landlocked geographically and it’s more distinct culturally than people realize. So all we really know is what this election says about Bolivia, and what Bolivians have said right now is that they want MAS in power for the next five years. I have the impression that Arce will work with those who reach out to him, as long as it’s done so respectfully, as he’s said. 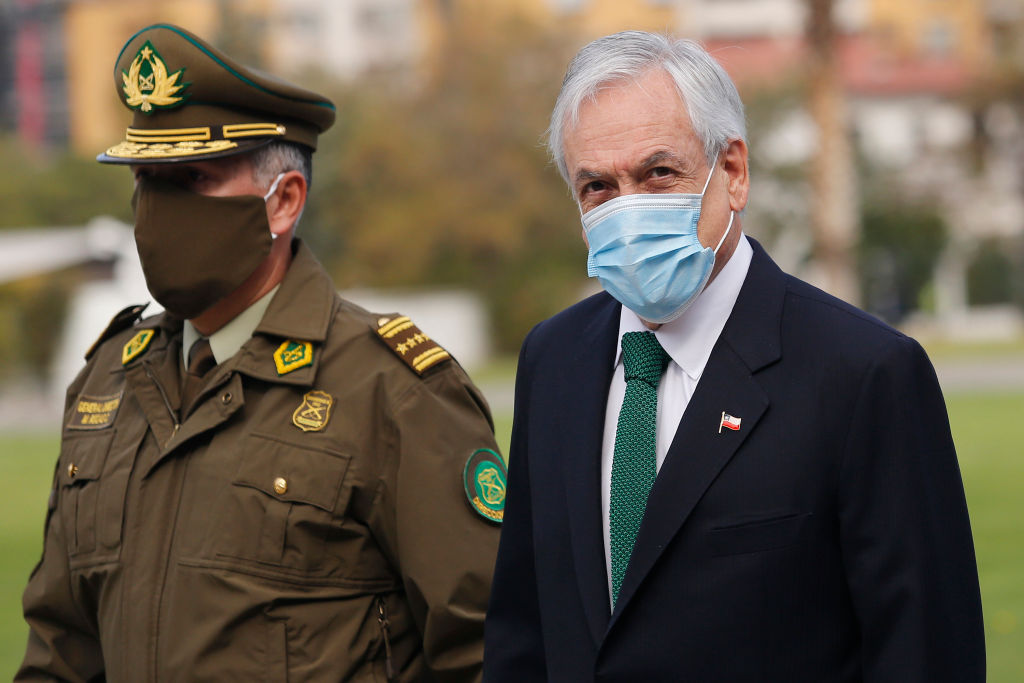 Piñera Is Still Chile’s President, But Congress Is Not Listening

A long lame duck period is feeding a polarized scenario in a pivotal year for Chile.