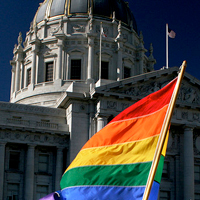 Citing an op-ed she wrote condemning violence against gays and lesbians, Senator Jim DeMint (R-SC) for weeks led the charge in the U.S. Senate to block the nomination of Mari Carmen Aponte to be the U.S. Ambassador to El Salvador. On Monday, the Senate voted 49 to 37 to block Aponte’s nomination, 11 votes short of the 60 needed to break a Republican-sponsored filibuster.  Lost in the lead-up to the vote and the outcome was a key question: why is a position against violence targeting homosexuals and in defense of gay rights a valid reason to reject a nominee to an ambassadorship?

At issue for Senator DeMint and the 48 Republicans (and one Democrat, Senator Ben Nelson [D-NE]) was Aponte's op-ed titled “For the Elimination of Prejudices Wherever They Exist” in the El Salvadoran daily La Prensa Gráfica on July 28 this year. The offending op-ed declared that everyone has a responsibility to “inform our neighbors and friends about what it means to be lesbian, gay, bisexual or transgender” and praised El Salvador for signing—along with the U.S. and 80 other nations—a UN declaration for the elimination of violence against gays and lesbians.

Echoing the sentiments of a coalition of conservative El Salvadorans and Latin Americans who had objected to the essay, DeMint said this week that, “We should not risk…an ambassador who shows such a blatant disregard for [El Salvador’s] culture…” Never mind the fact that Ambassador Aponte—posted in El Salvador for the last 15 months on a recess appointment—was only implementing the administration's initiative in support of Gay Pride Month, which really means this is a policy issue better taken up with the President.  The larger issue should be whether making locals uncomfortable on issues of human rights should be the way we gauge our policy and diplomats.  Would we pursue the same course in other civil and political rights?  Human rights in Syria?  Voting rights in Russia?  When did homophobia or violence against the LGBT community become a matter of local culture that deserves respect?

The truth is that the gay-bashing justification was a thinly disguised reason to finally reject a nominee that Republicans have objected to from the beginning and whom the White House had appointed to the post in a recess appointment over their objections.  But that doesn’t make it any less ugly and ultimately damaging.   When the White House originally proposed Aponte in December 2009, Republicans had opposed the nomination because of a boyfriend she had 23 years before.  The former boyfriend, Cuban-American Roberto Tamayo, had been alleged to be a Cuban agent by a Cuban spy.   Later, though, a U.S. counterintelligence officer said the opposite, instead asserting that Tamayo was an informant for the FBI.  No other evidence was uncovered (including, most importantly, that Aponte was aware or complicit), and Aponte received two top secret clearances afterwards.  The evidence was enough to convince Senator Bob Menendez (D-NJ)—no softee on the Cuban regime—who stated on Monday that “there was nothing—nothing—in [Ambassador Aponte’s] file to substantiate the claims raised by my colleagues.”

So homophobia became the rallying cry.  Sadly, though, with the exception of Scott Brown (MA) and Susan Collins (ME), 39 Republican senators and Senator Nelson voted against the nomination. None registered even the slightest objection to the reasoning that the nominee was unfit for office because she had written an anti-homophobia essay that had “stirred controversy and was rebuked throughout Latin America,” as claimed by the Republicans leading the anti-Aponte charge. Whatever way they wanted to vote, they could have done so by still distancing themselves from this attack against U.S. values.   Instead, in seeking to make a point against the Obama administration, they cast doubt on the U.S.’s commitment in opposing violence against homosexuals and LGBT rights. For Republicans who have actively fought homophobia here and gay Republicans, I couldn’t help wondering this morning how they felt.  Proud that they had scored a victory against the Democrats? Or scared that the rights many uphold and enjoy overseas had been attacked without a word of objection?

Simon Hall’s "Ten Days in Harlem: Fidel Castro and the Making of the 1960s" recounts how a brief trip put the Cuban leader on the world stage.... Read More

Chart: How Latinos See Voting amid the Pandemic

As the U.S. general election nears, Latino voters in six U.S. battleground states have mixed feelings when it comes to mail-in voting.