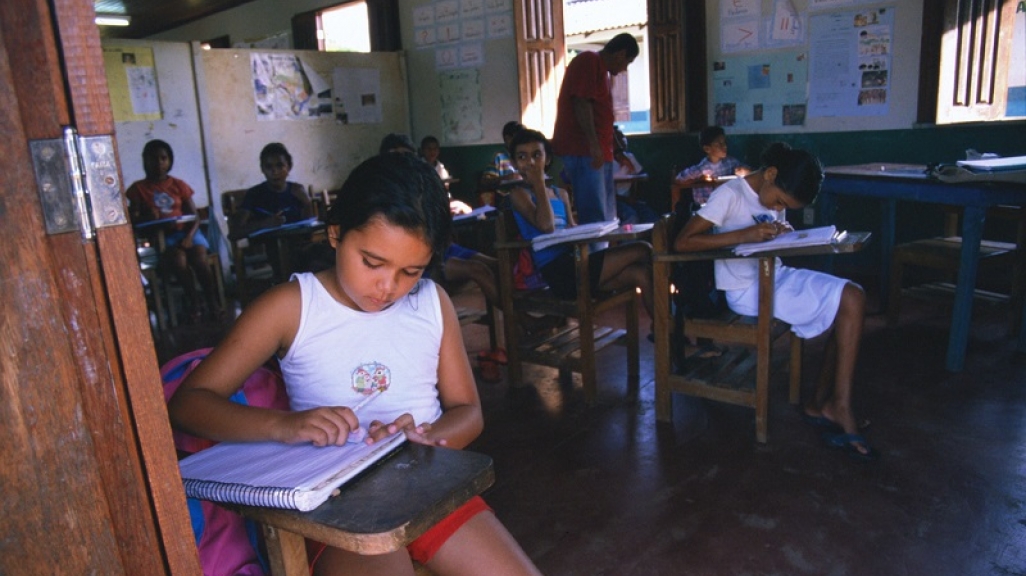 Children at a public school in the Amazon region of Brazil. (Image: World Bank)

New York, July 29, 2014—Uruguay, Argentina, and Costa Rica lead this year’s Americas Quarterly Social Inclusion Index, an annual survey released today by Americas Society/Council of the Americas (AS/COA). The Index shows reductions in poverty levels, as well as improvements in school enrollment, access to adequate housing, and formal employment in some of the countries studied. The survey also identifies patterns of exclusion which persistently affect women and indigenous and Afro-descendent communities in the region.

The Americas Quarterly Social Inclusion Index 2014 ranks 17 countries on 21 variables from GDP growth to government responsiveness, bringing a multidimensional approach to the way development is traditionally measured in the region. In its third year, the Index evaluates countries on access to public and private goods, popular attitudes toward empowerment and government responsiveness, and the protection of basic civil, political, and human rights. In 2014, the Index adds two new variables: disability rights and access to justice.

Uruguay ranked first in the Index, improving its score from a year earlier in several areas such as economic growth, political rights, and access to adequate housing. Argentina and Costa Rica tied for the second place due to gains in GDP spent on social programs and women’s rights, among other indicators. The Index shows that slow economic growth and extremely unfavorable attitudes toward government responsiveness continue to hobble social inclusion in the United States, the fourth country in the ranking.

"This is the third year we have collected this information and scaled each country, and there have been improvements and declines across variables. What stands clear is that the issue of social inclusion—unlike GDP growth and even increases in income—is difficult to change in the short term. It is deeply embedded in historical, structural, and even attitudinal conditions," said AS/COA Senior Director of Policy and Americas Quarterly Editor-in-Chief Christopher Sabatini.

The Northern Triangle—Guatemala, Honduras, El Salvador plus Nicaragua—continues the trend from the previous years’ indices by ranking at the bottom of the pack across the majority of indicators. This year’s Index exposes a toxic mix of high poverty rates, lack of opportunities, gender and race disparities, and very low access to formal jobs and education, which is at the root of the growing numbers of unaccompanied youth from Central America entering the United States.

"In Honduras, only 10.8 percent of women and 5.1 percent of males have access to a formal job. In Guatemala, while numbers are slightly higher, there are substantial discrepancies when looking at race and ethnicity—there is a huge gap between minority and non-minority access to formal jobs," said AS/COA Director of Policy and Americas Quarterly Senior Editor Alana Tummino. "We need to continue to push the idea to governments that a more inclusive society will lead to greater gains in social, political, and economic growth."

Through its comprehensive approach, the Americas Quarterly Social Inclusion Index measures populations’ ability to have equal access to goods and services without regard to race, ethnicity, and gender. The 2014 Index is calculated using countries’ census data and data from the International Monetary Fund, the UNDP Human Development Report, Freedom House’s Freedom in the World 2013 survey, Vanderbilt University’s Latin American Public Opinion Project (LAPOP) AmericasBarometer survey, the World Bank’s Global Financial Inclusion (Global Findex) Database, and researchers Joan Caivano from the Inter-American Dialogue, Jane Marcus Delgado from CUNY, and Javier Corrales from Amherst College. The Index produces one ranking that includes 21 variables and has race and ethnicity data across 9 countries, and a second which ranks 17 countries against each other across the 10 variables from which all data is available.

Access the entire Americas Quarterly Social Inclusion Index 2014. Print copies in English and Spanish will be available on demand.

The Social Inclusion Index 2014 will be launched in Washington, DC on Wednesday, July 30 at 12:30 p.m. Learn more about the event.

The Index is part of AQ's 2014 Summer Issue dedicated to higher education in the Americas.

Americas Quarterly (AQ), the Policy Journal for Our Hemisphere, is the only magazine dedicated to policy analysis and debate of economics, finance, social development, and politics in the Western Hemisphere. Launched in 2007, AQ reaches over 17,000 readers—high-level policymakers in Washington DC and throughout the region, top-level business men and women investing in the Americas, and new leaders in the worlds of finance, business, politics, and the media. AQ has gained a reputation as a balanced, authoritative, and accessible journal that responds to issues facing the region and brings a diverse set of key players to the table. The editorial mission is to engage a new generation of political, economic and social leaders in a discussion of future policy alternatives and to provide a forum for the exchange of ideas. 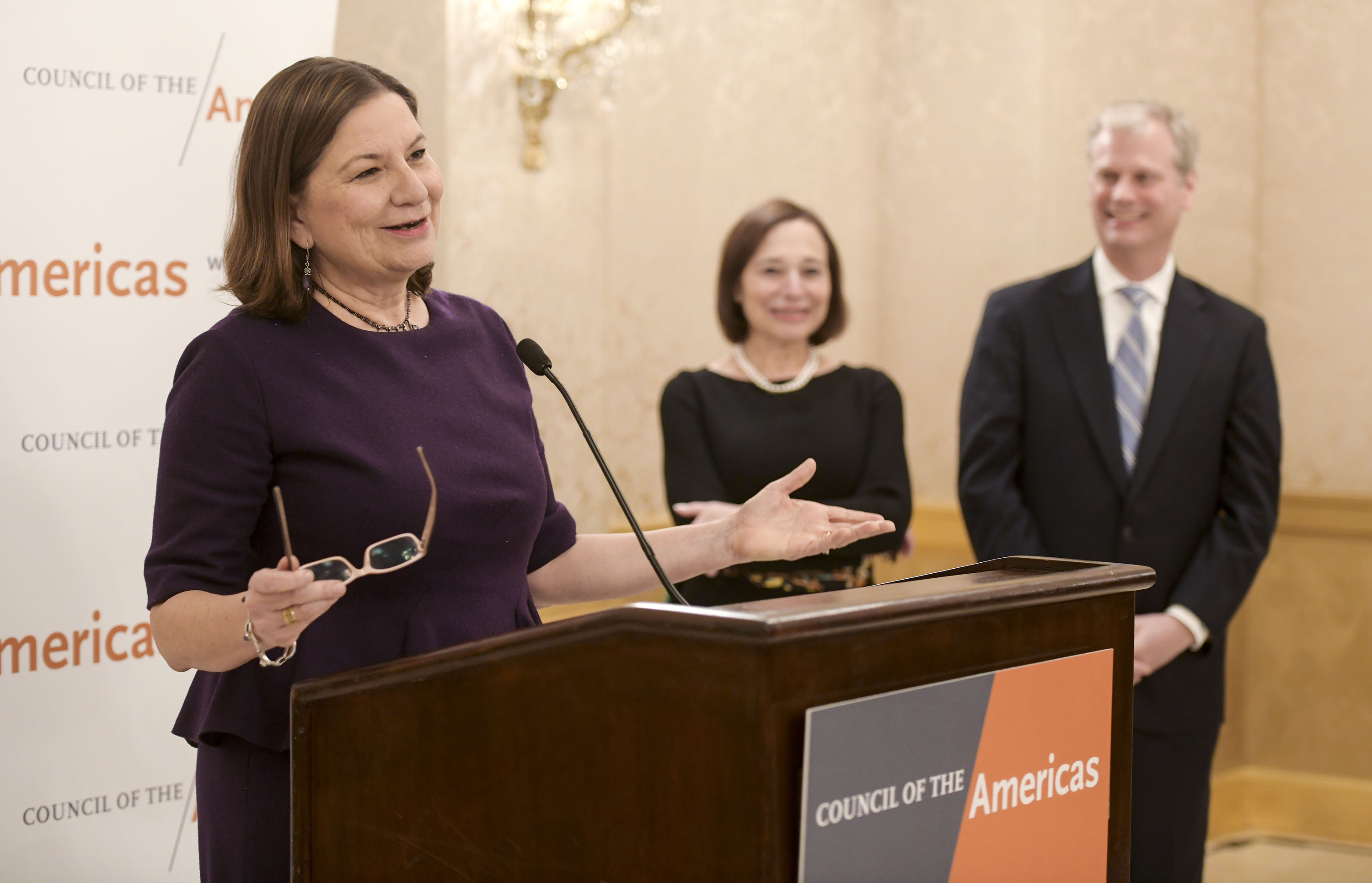 Experiencias: Amb. Martha Bárcena on Getting More Women Sitting at the Table