When Southern Command (Southcom) officials sit down with law enforcement officials in partner countries, the top threats they cite are transnational criminal organizations, cyber, and illegal fishing, most of which comes from China, said Admiral Craig Faller, Southcom commander in chief at an AS/COA virtual event. “The threats from Chinese industry and intrusion into this realm are real and alarming,” he said. “I say to partners, I’m not asking you to choose who you’re going to partner with, but when you go so far in partnership with China, you will ensure that it’s not a backdoor—it’s an open pipe to Beijing. And our ability to have a trusted relationship, which is key to everything we do, will be jeopardized.”

Ambassador Jean Manes, political advisor to the admiral, talked about how Southcom pivoted a humanitarian assistance program in March in order to get immediate COVID-19-related donations to partners. “This mattered because our ambassadors on the ground needed to go out and show U.S. commitment,” said Manes, a former U.S. ambassador to El Salvador, who noted that Washington is “by far” the largest donor to this hemisphere. “You want to be a partner of choice? You need to be the partner of choice in a crisis, and you need to show up and be ready to commit.”

Faller singled out Colombia and Brazil as the “pillars” of Southcom’s security cooperation in the region, and lauded the Colombians in particular for their professionalism and trustworthiness. On Venezuela, Manes said Southcom is regularly involved in “day-after [Maduro]” planning, though she refers to it as “decade-after” planning, and that it will involve the private sector “in a big way.” On Central American migration, Manes said that it’s critical to invest in the institutions that lead to stabilization in a country, such as rule of law and freedom of the press, so that people have confidence in their own country. “When you get to the point where somebody makes a decision to migrate, the battle is really over,” said Manes. “That battle is really not at that border; that battle was probably lost nine months ago when the person didn’t see a future in their own country.” 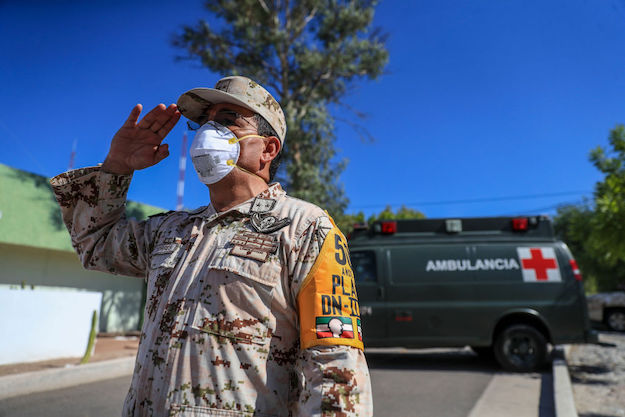 Two years into his term, the president’s celebration of promises left out a big one.