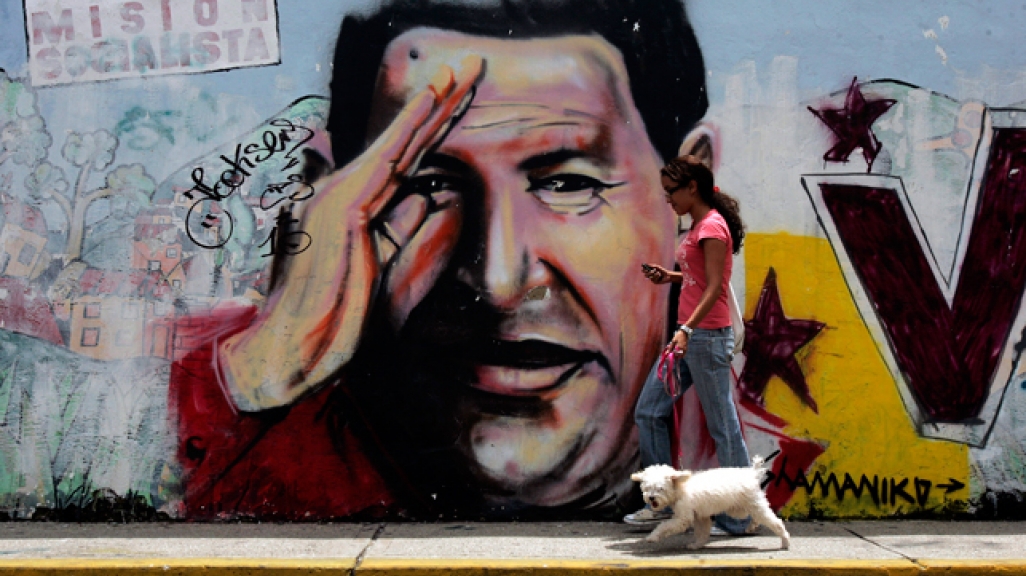 Born on July 28, 1954 in Venezuela’s Barinas state, Hugo Chávez served as a lieutenant colonel in the army before entering the political spotlight. He led an unsuccessful coup in February 1992 against then-President Carlos Andres Pérez. After being released from prison in March 1994, Chávez initiated his first presidential campaign, pledging to reduce poverty and end the country’s two-party political system. Chávez went on to win the December 1998 election, taking office two months later. He won three other presidential elections—in 2000, 2006, and 2012. In 1999, a referendum allowed adoption of a new constitution, and a decade later, another referendum abolished presidential term limits. Chávez formed the United Socialist Party of Venezuela (commonly known as the PSUV), which was officially launched in March 2008 and merged numerous left-leaning parties into one. Though a group of dissident troops staged a coup on April 12, 2002, Chávez retook the presidential palace two days later.

With Latin American indepence leader Simón Bolívar as a role model, Chávez established the political movement known as “Twenty-First Century Socialism.” He carried out nationalizations and created populist social programs known as misiones (missions). He also sought to expand his regional influence, forming alliances with other left-leaning leaders. Chávez founded the Bolivarian Alliance for the Americas (ALBA) bloc—created as an alternative to the U.S.-supported Free Trade Area of the Americas—through a December 2004 agreement with Cuba. Antigua and Barbuda, Bolivia, Dominica, Ecuador, Nicaragua, and Saint Vincent and the Grenadines later joined. Chávez led numerous initiatives as a part of ALBA, including the creation of regional television station Telesur and the Petrocaribe agreement to supply oil to Caribbean-basin countries at preferential rates. Chávez was also instrumental in forming the Community of Latin American and Caribbean States (CELAC) bloc in December 2011. The regional organization includes every country in the Americas except for Canada and the United States. During the bloc’s first summit in Caracas, Chávez said he hoped CELAC would eventually replace the Organization of American States and reduce U.S influence in Latin America.

In June 2011, Chávez revealed that he was suffering from an undisclosed type of cancer. He traveled to Cuba on several occasions for operations; his fourth cancer surgery took place on December 11, 2012. Chávez passed away on March 5, 2013.