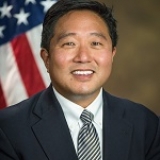 Deputy Chief of the International Unit at the Money Laundering and Asset Recovery Section in the Criminal Division, U.S. Department of Justice

Woo S. Lee is the deputy chief of the U.S. Department of Justice’s Money Laundering and Asset Recovery Section’s International Unit (MLARS) in the Criminal Division. Lee supervises the Department of Justice’s Kleptocracy Unit, which investigates individuals and entities that violate U.S. money-laundering laws by participating in schemes to launder corruption proceeds in or through the United States. As a part of the Kleptocracy Unit, he served as lead counsel on a number of actions seeking to recover more than $1 billion in assets allegedly traceable to funds misappropriated from 1 Malaysia Development Berhad (1MDB), corruption proceeds from assets acquired by Teodoro Obiang of Equatorial Guinea, and proceeds laundered in the United States by family members of former South Korean president Chun Doo-hwan. Prior to joining the Department of Justice in 2011, Lee served as a senior counsel with the U.S. Securities and Exchange Commission and a law clerk for two federal judges in California. He graduated with first class honours in law from Oxford University and obtained a JD from Harvard Law School. Lee holds a bachelor’s in history and political science from Brown University.