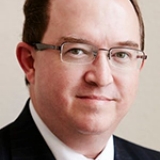 Vidal Garza Cantú leads the global public affairs and strategic relations department at FEMSA. He is responsible of managing the regulatory agenda for all business units and planning global institutional relationships. Garza is also a professor of Public Policy and Economics at the Tecnólogico de Monterrey. Prior to his current role, he led the FEMSA Foundation where he supported water sustainability strategies and early childhood development in Latin America. From 2003 to 2006 he founded and directed the Graduate School of Public Administration and Public Policy (EGAP). Garza has published two books Mexican States, its Assets, and its Economic and Social Dynamism and Public Policy and Democracy in Latin America, from Analysis to Implementation. He obtained his economics undergraduate degree from the Monterrey Institute of Technology and Higher Education (ITESM). He also earned a law degree from the Nuevo Leon Autonomous University, a Master’s degree in Public Policy from Harvard’s John F. Kennedy Government School, and a PhD in Economics and Public Policy from the University of Texas at Austin.