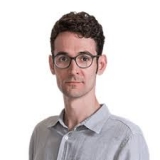 Tom Phillips is the Guardian's Latin America correspondent and is based in Mexico City. In almost 15 years as a foreign correspondent he has reported from around two dozen countries covering major stories including the 2010 earthquake in Haiti, the rise of Chinese strongman Xi Jinping, Hong Kong's 2014 'umbrella revolution', the crackdown on Muslim's in China's far west, typhoon Hainan in the Philippines and the elections of Jair Bolsonaro and Andrés Manuel López Obrador in Brazil and Mexico. Phillips was based in Brazil from 2005 to 2011 and China from 2012 until 2018 where he was the Guardian's Beijing bureau chief. Since moving back to Latin America he has reported extensively on the humanitarian collapse in Venezuela and the political turbulence shaking Bolsonaro's Brazil.