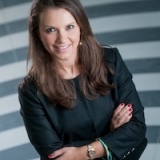 Shirley Meschke Mendes Franklin de Oliveira joined Pfizer in 2006 and holds the position of director of legal division for Brazil and legal lead in South Latin America. She also performed other roles in Pfizer, as compliance officer, global product counsel of rare disease (Tafamidis) and Latin America cluster legal lead for Pfizer Innovative business. Before moving to Pfizer, she acted as the legal manager of Itaúsa Group in Brazil (Corporate and M&A), and prior to that she worked at Trench, Rossi and Watanabe, associated to Baker & Mckenzie International Law Firm (M&A, Corporate, Foreign Investments and Exchange Control) and Arthur Andersen Consulting/Coopers & Lybrand (Tax and Corporate) and Unilever (Tax litigation), all of them in São Paulo. She received her law degree from the Catholic University of São Paulo (PUC/SP) in 1994 and a Business Administration degree in 2000 from Ashton College in Canada. Later in 2002, she received a post-graduation title in Tax law and in 2007 a master degree title in commercial law, both from the PUC/SP.  She is currently taking a PhD/Doctorate course in business administration at Getúlio Vargas Foundation (FGV/EAESP). She had also served as assistant professor of the post-graduate course in Corporate and commercial law of PUC for 4 years. She acted as vice president of American Chamber (AMCHAM) legal committee for two years (2016-2018) and currently is a member of the advisory board of AMCHAM Arbitration and Mediation Center, of Interfarma`s IP and Legal Committee, and of the International Institute for Conflict Prevention & Resolution (CPR).