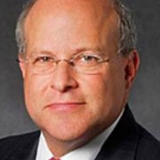 Ronnie Steine is an at-large member of the Metropolitan City Council of Nashville, Tennessee. Additionally, Councilman Stein serves on the Budget and Finance committee and Education, Convention, and Tourism committee. In 2008, he introduced a resolution to oppose English Only legislation in Nashville and is a member of the Nashville for All of Us integration initiative. Prior to taking the at-large seat, Councilman Stein served as vice mayor of Nashville until 2002. He graduated from Vanderbilt School of Law and earned a Bachelor of Arts from Vanderbilt University.