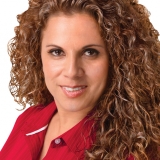 Rocío Abreu Artiñano has been federal congresswoman since 2012. She is president of the Special Commission for Environmental Damages in the states where PEMEX operates, secretary of the Climate Change Commission and member of the Infrastructure, Constitutional Amendments, and Ports commissions. From 2009 to 2012, Congresswoman Abreu was local congresswoman in the State of Campeche, where she was president of the Interior and Constitutional Amendments commissions. As federal legislator, she is vice president of GLOBE Chapter Mexico and observer of Mexico for the Centro American Parliament (PARLACEN). Congresswoman Abreu received her J.D. law degree from Universidad Tecnológica de México, where she specialized in tax law.