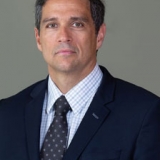 Roberto Campos Neto is the governor of Banco Central do Brasil since February 28th, 2019, after presidential nomination and Senate approval. Governor Campos Neto has an extensive professional background with 22 years working in varied roles at financial institutions in Brazil and abroad. In the early stages of his career, he held positions at Bozano Simonsen Bank and Claritas in financial roles related to FX and interest rate derivatives, external debt, equities, and international fixed income. He consolidated his career at Santander Bank, where he spent 15 years in various leadership positions. Until December 2018 he was the Bank’s treasurer for the Americas and a member of the Executive Board of Santander Investment Bank, both in Brazil and globally and a member of the board of Santander Investment USA.

Mr. Campos Neto is an enthusiast of technology and financial innovation. At Santander, for instance, he initiated a global project on technology innovation and was part of the “Digital Bank” initiative. He also engaged on studies about blockchain and digital assets among other innovations, that will help shape financial markets in the future. He had an active role on setting up the main treasury desks in Latin America, with an emphasis on foreign investors. He had always been in touch with the real economy by managing trading desks in multiple countries, when he had the opportunity to interact with and collaborate with policymakers, especially in Latin America. Finally, he worked on the specification of financial instruments and contributed to B3 S.A., the Brazilian stock and futures exchange as a member of the Board Advisory Committee for Products & Pricing. Governor Campos Neto received his bacahelor and masters degrees in Economics from University of California, in the United States. He also recently concluded the Executive Program in Technological Innovation at Singularity University, California, and the Executive Program in Leadership at the U.S. Military Academy at West Point, New York.