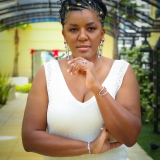 Rachel Maia is founder and CEO of RM Consulting, a firm focused on the S of ESG and leadership. Previously at Tiffany & Co., Maia led the company's entry into the Brazilian market and managed all financial aspects of Tiffany's growth as Brazil's CFO. After establishing Tiffany & Co. as a Brazilian-market leader, Maia was hired to lead the expansion and growth of the Danish brand Pandora. As CEO of Pandora Brasil, she led the company's growth from two points of sale to over one hundred points in a period of 8 and a half years. She was also CEO of Lacoste S.A. in Brazil. Previously, she served as Senior Business Controller at Novartis Pharmacy. Maia began her career as a senior financial controller at Seven Eleven, where she developed her analytical and leadership skills as a junior manager.

As a black CEO, Maia represented less than 1 percent of Brazil's CEOs and serves as an inspiration to many black women and people in Latin America. Maia holds a degree in accounting from Centro Universitário FMU and an MBA from Fundação Getulio Vargas (FGV). She also completed a course in negotiation and leadership through the Harvard Business School Executive Education Program and general management training at the University of Victoria in British Columbia, Canada. Maia was a member of the General Council of the Danish Consulate and the Danish Chamber of Commerce, as well as a member of the President's Committee of the American Chamber of Commerce, Institute for the Development of Retail. Today she holds positions in philanthropic institutions, she is part of the board of the Grupo de Mulheres Brasil, she is an ambassador for Projeto Guri, Counselor for Conscious Capitalism and Fundação Maria Solto Vidigal, Maia founded in 2018 a non-profit organization, CAPACITA-ME, which trains people over 18 years old, promoting the education and employability of students and professionals in a situation of socioeconomic vulnerability. She serves as Administrative Counselor at Banco do Brasil, Vale and CVC Corp. She acted as a D&I Consultant at Carrefour and was also Administrative Counselor at Grupo Soma.