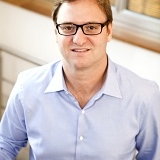 After three years as World Wide Revenue Manager at Apple Online Store in the Bay Area, Mr. Melzer launched and managed Warehouse Investimentos, a Brazilian tech venture capital firm. Previously, he was a serial entrepreneur in the south of Brazil where he started and exited a few ventures in the retail space. Mr. Melzer holds an MBA from Kellogg School of Management.