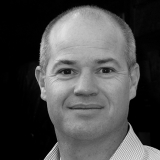 Nigel served previously as a U.S. Diplomat, including most recently as Deputy Assistant Secretary of State for Oceans, Environment, and Science. In that role he directed U.S. foreign policy relating to climate change, forests, and other environmental issues. He was also a senior policy adviser to the Under Secretary of State for Global Affairs and a treaty negotiator in the Office of the Legal Adviser.

After leaving government, Nigel spent a decade as a senior scholar in major think thanks and advocacy organizations. He was Senior Fellow at the Brookings Institution and an International Affairs Fellow at the Council on Foreign Relations. Nigel also served as Vice President for Policy and External Affairs at the Nature Conservancy, the world’s largest nature conservation group.

At the beginning of his career, Nigel worked as a securities lawyer at Sullivan & Cromwell. He is a prize-winning honors graduate of Harvard Law School and recipient of the national Harry S Truman scholarship.