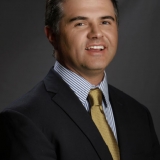 Nicolas Amaya is the vice president and general manager of the Breakfast and Snacks Categories for Latin America at Kellogg. He is responsible for driving the strategic, planning and executional development of both categories across the region. Since the integration of the Pringles business, he has been the general manager of this business, driving and executing the different growth and efficiencies initiatives for Latin America. In addition he also leads the marketing function including IMC, Insights and Planning, and Innovation. He has been a member of the Latin America leadership team since March 2012. Amaya has been with Kellogg's 15 years, where he has held increasing commercial responsibilities in North America and Latin America across the cereal, frozen, and snacks businesses. Prior to Kellogg's, he held different marketing roles at Unilever Andina in the Personal Care division. He received his bachelor of science degree in industrial engineering from University of Los Andes, and an MBA from Thunderbird, Garvin School of International Management.