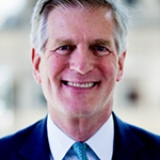 Nelson W. Cunningham is president and co-founder of consulting firm McLarty Associates, responsible for guiding service to clients and is a skilled strategist on national and international policy issues. Prior to co-founding McLarty Associates in 1998, Mr. Cunningham served in the White House as special advisor to President Clinton on Western Hemisphere affairs and as general counsel at the White House Office of Administration. He previously served as general counsel of the Senate Judiciary Committee, under then-Chairman Joseph R. Biden. Before moving to Washington, Mr. Cunningham served as an assistant United States attorney in the Southern District of New York from 1988 until 1994, having been hired by Rudolph Giuliani, and in 1984 he was a staffer on the successful Senate campaign of John Kerry. Mr. Cunningham is a member of the Department of State’s Advisory Committee on International Economic Policy, a past member of the Secretary of State’s Foreign Affairs Policy Board, and past chairman of the Export-Import Bank Advisory Committee. He also served as a member of the Obama-Biden Transition Team and an advisor during the campaign, and was a foreign policy and trade advisor to John Kerry’s 2004 presidential campaign, as well as to several presidential and Senate campaigns. Mr. Cunningham is a magna cum laude graduate of Yale College and Stanford Law School, where he served as an editor of the Stanford Law Review. He was raised in Latin America and has lived in seven different countries throughout the region. Mr. Cunningham speaks Spanish fluently and French passably.