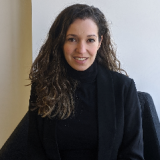 Nacha Cattan is the Bloomberg News Bureau chief in Mexico City, where she leads a team of reporters and editors. Jointly, the team produces more news about business and the economy than any other international media outlet in Mexico. Before becoming Bureau Chief in November 2019, Cattan covered Mexico’s economy and President Andrés Manuel López Obrador’s administration. She was the first international journalist to interview AMLO during his last campaign, and the first one to feature him on the cover of a magazine (Businessweek). Since joining Bloomberg in 2011, she has won two Chicago Headline Club awards, as well as an NABJ award for her journalistic work. Prior to Bloomberg, Cattan worked for the Associated Press in Mexico, managing ‘’stringers’’ and editing their work. As an interim chief at The Christian Science Monitor, she covered migration and the war on drugs. Cattan started her career at Forward in New York, where she won a Rockower award.