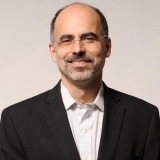 Mauricio Mesquita Moreira is principal economic advisor of the integration and trade sector of the Inter-American Development Bank (IDB). He received a PhD in economics from the University College London. Prior, Mesquita Moreira held a position at the research department of the Development Bank of Brazil (BNDES), and taught at the Federal University of Rio de Janeiro, Brazil. He is the lead author of, among other studies, Too Far to Export: Domestic Transport Costs and Regional Export Disparities in Latin America. (IDB, 2013); Shaping the Future of Asia and Latin America Relations. (IDB and ADB, 2012); India: Latin America’s Next Big Thing? (IDB, 2010); and Unclogging the Arteries: A Report on the Impact of Transport Costs on Latin American Trade. (IDB and Harvard University Press 2008).