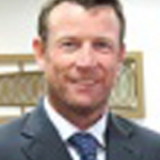 Marcos Gunn is president of the Northern Latin America Region (which includes Mexico, Central America, and the Caribbean) and chief operating officer of Latin America at Chubb Group. He is responsible for the execution and strategic development of the northern region and overall responsibilities for the Latin American Region’s claims and legal functions. Prior to ACE’s acquisition of Chubb in January 2016, Gunn was regional chief operating officer for ACE’s Latin America region, which includes Argentina, Brazil, Chile, Colombia, Ecuador, Mexico, Panama, Peru, Puerto Rico, Central America, and the Caribbean. Gunn joined ACE in 2000 as property and casualty manager in Argentina and was named country president in Chile in 2003. He was appointed regional vice president of Accident and Health (A&H) for Latin America in 2005 and became regional vice president of A&H for Asia Pacific in 2007. In 2013, ACE acquired Fianzas Monterrey and ABA Seguros in Mexico, and Gunn moved to Mexico City to oversee the integration of the two companies with ACE Seguros, ACE’s existing commercial property and casualty and personal accident insurance company in Mexico. In addition, he had responsibility for ACE’s operations in Central America, as well as Colombia, Ecuador, and Puerto Rico. Previously, Gunn was based in Santiago, Chile, where he was responsible for ACE’s operations in Chile, Colombia, Ecuador, Peru, and Puerto Rico, as well as the property and casualty insurance lines and central functions across Latin America. Prior to joining ACE, Gunn was a commercial insurance underwriter with Chubb in Argentina from 1997 to 2000, a marine manager with Ayling Marsh in Argentina, and a non-marine facultative reinsurance broker with Alexander Howden in the United Kingdom. Gunn holds a bachelor of business administration degree from Catholic University in Buenos Aires, Argentina.