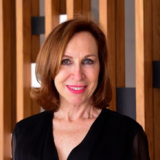 Secretary for Bilateral Negotiations in Asia, the Pacific, and Russia, Ministry of External Relations of Brazil

Ambassador Márcia Donner Abreu holds a B.A. in law from Cândido Mendes College and postgraduate degrees in Development from the Institut Universitaire d'Etudes du Développement and in international law from the Graduate Institute of International Studies, both in Geneva. She joined the Rio Branco Institute in 1986. At the foreign ministry’s headquarters in Brasília, she has worked in the areas of environment, trade service negotiations, and Mercosur extra-regional negotiations. Her foreign postings include the embassies in Washington (1991-1995 and 2001-2005), Montevideo (2005-2007) and Beijing (2005-2007). She has also held the positions of assistant permanent delegate of Brazil to UNESCO (2009-2011) and assistant permanent representative of Brazil to the World Trade Organization (2012-2018).

Between July and December 2018, she was ambassador of Brazil to Kazakhstan, Turkmenistan, and Kyrgyzstan. Upon returning to Brazil, she joined the staff of Foreign Minister Ernesto Araújo as secretary for communications and culture. She was appointed as secretary for Bilateral Negotiations in Asia, the Pacific and Russia on June 5, 2020. She was born in Florianópolis in 1961 and has one daughter.