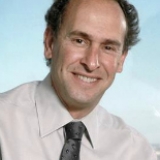 Marcelo Mindlin is managing director and director of Pampa Energy Inc. From 1989, Mindlin has been the founding partner and chairman of "Grupo EMES" (formerly Grupo Dolphin S.A.), one of the largest private equity and institutional investors in Argentina. Grupo EMES is the controlling shareholder of Pampa Energía S.A. and of Grupo Orígenes. From June 2006 to 2013, he acted as president and chairman of the board of directors of the company. Since 1989, he has been founding shareholder and senior portfolio manager of Grupo Dolphin S.A. From 1991 to 2003, he was founding shareholder, vice chairman and CFO of IRSA Inversiones y Representaciones S.A., and acted as vice-chairman of Alto Palermo Shopping Center. From 1999 to 2004, he served as a board member and member of the executive committee at Banco Hipotecario. From 1996 to 1999, he acted as director at Fondo de Valores Inmobiliarios in Venezuela and at Brazil Realty in Brazil. In November 2003, he left IRSA Group in order to join Grupo Dolphin SA.Currently, Mindlin is shareholder and president of Grupo Dolphin. In addition, Mindlin founded and manages a non-political organization called "Fundación para la Iniciativa Popular". Mindlin is also chairman and founder of “Todo Por Los Chicos” and Fundación Pampa charity organizations. In the past, Mindlin has served as chairman of Tzedaká, the largest charity foundation within the Jewish Community in Argentina. He is also a current member of the Council of the Americas. He holds an MBA degree from University of the the Center of Macroeconomic Studies of Argentina and a bachelor's degree in economics from University of Buenos Aires.