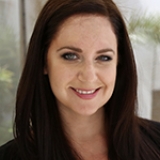 Lisa Besserman, founder and CEO of Startup Buenos Aires, has been named as Business Insider’s Top 100 Most Influential Women in Tech, and the Business Innovator of Latin America by the Council of the Americas. Besserman moved to Buenos Aires from New York City to create Startup Buenos Aires, and accelerator program that represents the startup, tech and entrepreneurial community of Buenos Aires, Argentina. Startup Buenos Aires has been one of the main catalysts for strengthening the tech ecosystem in Latin America, by bringing global startup initiatives, development projects and investment opportunities to the region. The organization has amassed over 8,000 global members, and ushered in over $3 million into the city of Buenos Aires. Under Besserman’s leadership, Buenos Aires has been credited as a Top 3 Growing Startup Cities by CNBC and one of 5 Emerging Global Tech Hubs by Entrepreneur magazine. Besserman is a Google Mentor and has been a judge for dozens of global startup competitions in the sectors of energy, smart cities, IoT, and technology. She was recognized as a successful entrepreneur in Forbes magazine and an international spotlight entrepreneur from the U.S Department of State.