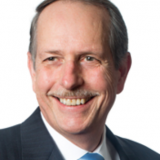 Lee C. Buchheit retired in 2019 after a 43-year career with Cleary Gottlieb Steen & Hamilton LLP. His practice focused on international and corporate transactions, including Eurocurrency financial transactions, sovereign debt management, privatization, and project finance. Buchheit joined the firm in 1976 and became a partner in 1984. From 1987 to 1990 he was resident in the Hong Kong office, from 1979 to 1982 in the London office, and from 1976 to 1979 in the Washington, DC office. Buchheit is the author of two books in the field of international law and more than 40 articles on professional matters. He has served as an adjunct professor at the School for International and Public Affairs of Columbia University (1994–97), visiting professor at Chuo University in Japan (1997–98), lecturer on law at the Harvard Law School (2000), visiting lecturer in law at the Yale Law School (2005), adjunct professor of law at Duke University Law School (2006–07), and adjunct professor of law at New York University Law School (2008). He is a visiting professorial fellow in the Centre for Commercial Law Studies at the University of London and an honorary professor at the University of Edinburgh Law School. He received a Juris Doctor degree from the University of Pennsylvania Law School in 1975 and a diploma in international law from Cambridge University in 1976. Buchheit received an undergraduate degree from Middlebury College. He is a member of the Bars in New York and Pennsylvania. Buchheit is currently working with the interim Venezuelan administration of Juan Guaidó.