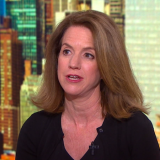 Laura Zelenko is senior executive editor for Talent, Diversity, Training and Standards at Bloomberg. Zelenko has spent over two decades overseeing business, finance, and markets coverage across the globe for Bloomberg News. She joined Bloomberg in 1993 in Prague after stints at United Press International in West Virginia and the Charlotte Observer in North Carolina. She opened Bloomberg’s first bureaus across Eastern Europe and won the company’s first Overseas Press Club award. In 1998, she moved to Moscow to cover the nation’s debt default and co-lead the team of reporters and editors in Eastern Europe and the former Soviet Union. Zelenko returned to the United States in 2001 and took over responsibility for all Latin American coverage. She established Bloomberg’s first emerging markets team, ran coverage of global equity, currency, commodities, and bond markets, and oversaw more than 600 journalists. Her current work focuses on improving representation across every level of the Bloomberg newsroom and in content on every platform by accelerating initiatives to recruit, retain, and develop top diverse talent and to diversify sourcing on broadcast and in print.