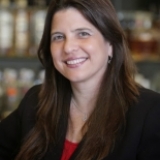 Laura Quevedo is the human resources director for Latin America and the Caribbean at Diageo. Quevedo joined Diageo in 2001 as an HR Manager for the South Cone (Argentina, Chile, and Peru). Quevedo later earned the role of vice president of HR, working in various roles, such as talent, global sales, and venture. In between serving as HR director for Latin America, she worked as global capability director for learning and leadership from 2014 to 2016. Before Diageo, Quevedo worked as an HR manager at both PeopleSoft Argentina and Banco Santander Rio. She graduated with honors with a Bachelor’s degree in Business Administration and Economics from Universidad de Buenos Aires, where she specialized in marketing.