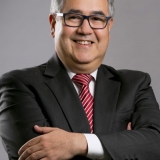 Juan Carlos Elorza is director for Productive and Financial Development at CAF – Development Bank of Latin America. He has developed an extensive professional record in subjects such as trade policy, economic integration, and negotiator of international treaties, both in the public and private sectors. Most recently, he has been directly involved in the area of public policies for competitiveness and productive transformation in Latin America. He was coordinator and spokesperson of the National Union Council of Colombia for various international negotiations. In the public sector he served as director of economic integration and negotiator in the Trade, Industry, and Tourism Ministry of Colombia. He was adviser to the office of the trade vice minister and international staff member at the General Secretariat of the Andean Community. Elorza has been adviser and consultant for diverse international organizations such as the U.S. Agency for International Development, State Secretariat for Economic Affairs of Switzerland, International Trade Center, and multiple business organizations. He is an economist from the University of Los Andes, and holds a master's in economy from the National University of Colombia.