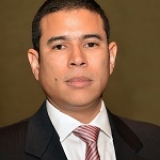 Juan Carlos Croston is vice president of Marketing and Corporate Affairs with Manzanillo International Terminal – Panama (MIT – Panama). In this role, he is responsible for commercial and business development strategies and the company’s social responsibility and sustainability initiatives. Previously, Croston worked onboard Panamax-type vessels. He joined MIT – Panama as a terminal planner in 2004 and was promoted to the position of customer service manager in 2005. He was named vice president of marketing in January 2008 and stepped into his current role since January 2016. Croston is an active member of the Maritime Chamber of Panama (Board of Directors’ member since 2011 and president of the Board from 2014 to 2015), the Caribbean Shipping Association (General Council member since 2012 and current vice president since 2015), and other local and international organizations. In July 2014, he was granted the Distinguished Alumni Award by the International Maritime University of Panama and, in May 2015, was named by Lloyd’s List in their Next Generation 2015 list of worldwide maritime leaders, and was the only one from Latin America. Croston holds a B.S. in nautical engineering from the former Nautical School of Panama and am M.Sc. in maritime affairs from the World Maritime University, Malmö, Sweden.