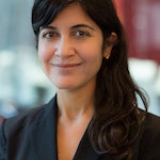 Jimena Zuniga is a Latin America economist for Bloomberg Intelligence, a real-time research platform that provides context on industries, companies, and the global economy, available on the Bloomberg Professional service. She joined Bloomberg in 2015 and provides insights and analysis on Latin American political and economic developments. Prior to joining Bloomberg, Zuniga founded Bastion Digital, a media start-up featuring political and economic developments in Argentina and Latin America. She worked for Barclays Capital’s Emerging Markets Research group, focusing coverage on Mexico, Chile, and Colombia. She has also served as an economics consultant for the World Bank, the Inter-American Development Bank, and the Andean Corporation. Zuniga holds a bachelor's in economics from the University of Cordoba, Argentina, and a master's in public policy from the Kennedy School of Government at Harvard University. She is based in New York, and is a native Spanish speaker and fluent in French.