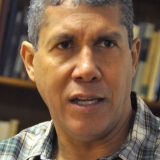 Henri Falcón is the current governor of the state of Lara in Venezuela; this is his second term in office. He previously served as mayor of Iribarren in Lara. He held this post for two consecutive periods, from 2000 through 2008. In 2012, Falcón founded Avanzada Progresista, and is the current president of the political party. He was the campaign manager for Henrique Capriles Radonski during the 2013 presidential elections. Falcón earned his law degree from the Universidad Santa María in Caracas. He also has a master’s degree in political science from the Universidad Central de Venezuela, as well as a master's in both administrative law and labor law. Prior to venturing into politics, he taught at the Instituto Universitario de Tecnología Industrial Rodolfo Loero Arismendi.